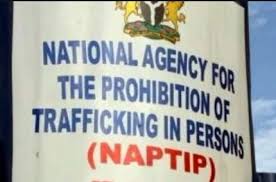 The National Agency for the Prohibition of Trafficking in Persons (NAPTIP), says it has rescued 135 victims and arrested 86 suspected human traffickers in Kano State from January till date.

Mr Shehu Umar, the Commander in charge of NAPTIP in Kano Zone, made the disclosure in an interview with newsmen on Tuesday in Kano.

He said that the rescued 135 victims comprised 23 male and 112 female.

The zonal commander also said 21 of the cases were transfered to other relevant security agencies.

He further explained that of the 86 suspects arrested, 44 were female and 42 male.

“On receiving information the agency conducted operations from Jan to Sept.11 which led to the arrest of the suspects and rescuing of the victims.

He said the command had nine pending cases in court, adding that 10 new ones would soon be filed.

The zonal commander cautioned Nigerians against embarking on oversea journeys recklessly in the name of searching for greener pasture.

INEC should use Ondo governorship, other bye-elections to increase its CV — Afenifere