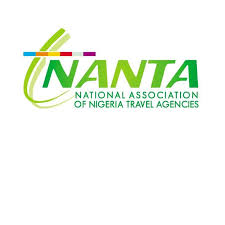 The National Association of Nigeria Travel Agencies (NANTA), on Wednesday urged members to be professional in their dealings with clients across the globe.

It was reported that four different committees were inaugurated. They are the travel policy and standard committee, the code of conduct and disciplinary committee, advocacy and outreach committee and the corporate social responsibility committee.

Folami said that the committees were inaugurated to help maintain a high level of professionalism among its members, guide against touting and ensure evenness in their practices.

“The essence of the inauguration of these standing committees is to deal with the issue of touting in our trade and take care of imbalances in the trade.

“I implore every member to deal professionally with your clients; we are self-organised and must be seen as such,” he said.

According to him, these individuals will be responsible for monitoring and advising on approaches, travel policies and practices to achieve balance in the travel trade in Lagos market.

“We have the code of conduct and disciplinary committee which will be saddled with the responsibility of interpreting the Code of Conduct as stipulated in NANTA’s constitution and administer standards which members must comply with.

He recalled the success of NANTA corporate social responsibility (CSR) committee, set up to provide relief to families within the vicinity of the NANTA headquarters in Lagos.

He said they also supported the COVID-19 safety protocols by distributing 1,500 facemasks to Aviation frontline workers.

He noted that the exercise was successfully executed in August 2020, and because the association needed to maintain a culture of giving back to the society, they would be maintained.

“For legal compliance and enforcement, we have Mrs Tinuke Nwakohu, a Legal Practitioner and travel industry veteran, to provide supervisory oversights for legal compliance of decisions and action plans generated by all four committees,” he said.

Folami acknowledged the activities led by the National President of NANTA, Mrs Susan Akporiaye, to train, renew, adapt and embrace the challenges of COVID-19 and its severe impact on the travel trade.

According to him, NANTA was set up to further engage disciplined professional practices of its members, recognition by regulators, and connection with stakeholders, particularly the Nigerian traveling public.

“In the past seven months, the Executive Council of the Lagos zone has received several complaints from unsuspecting travelers who had fallen victims to scammers, impostors and touts who parade themselves as Travel Agents.

“I advise that before you make that payment for your travel ticket, confirm that the agent is NANTA certified.

“And to the faceless briefcase agents, my advise is for them to sign up with NANTA for disciplined practice or get out of the travel trade, your time is up and our committees are coming after you,” he said.