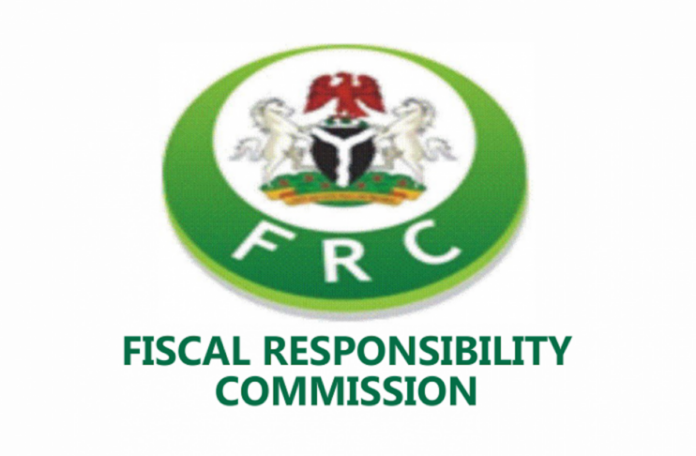 The Fiscal Responsibility Commission (FRC) responsible for mobilising funds from government owned organisations through the payment of operating surplus to finance Government’s budget, disclosed on Monday that the non-remittance of revenue by most of the 122 Agencies of the Federal Government to the Consolidated Revenue Funds (CRF) currently stand at N1.2 trillion. The Acting Chairman of FRC, Victor Muruako, who spoke at the opening session of a three-day management retreat for employees of the Commission in Abuja, had said that the unremitted N1.2 trillion could be used to fund a substantial part of Y2020 budget. According to him, the FRC had insisted that if the government could implement the Commission’s recommendations of reigning in more government owned corporations as contained in the Schedule of the FRA 2007, there might be no need for government to borrow to fund the budget. It was disclosed that the unremitted discrepancies were calculated from already submitted end-of-year audited accounts of the defaulting Agencies, which means the funds can be traced and recovered.

Muruako who stressed that a strict enforcement of the Fiscal Responsibility Act 2007, would enhance remittances from these Agencies thereby bringing an end to borrowings by the government, further disclosed that almost all government organisations generate funds one way or the other, but equally expend the funds on unnecessary items while government continues to seek for loans to fund its budget. He was quoted: “Today, our records still show that most of the 122 agencies of government are in default of more than N1.2 trillion which can fund a substantial portion of the Federal Government of Nigeria budget deficit if remitted in line with FRA 2007. These sums are calculated from already submitted end of year audited accounts of the defaulting agencies, which means the monies can be traced and recovered. Notably, from the initial 31 corporations in the Schedule of the FRA 2007, another 92 has been added by the Ministry of Finance as recommended by the commission. This action has made it possible for the commission to have caused these GOEs (Government Owned Establishments) to pay in over N1.7 trillion to the Consolidated Revenue Funds. This was from payment of operating surplus by government owned organisations with far less than N5.8 billion government investment in the commission comprising overhead, capital expenditure and personnel for the past 11 years of the commission’s existence.” According to him, the funds were hitherto spent by these agencies without tracing through unorthodox accounting systems and all forms of financial manipulations.

It would be recalled that the recent interactive sessions of the National Assembly with revenue generating Agencies of the Federal Government had mostly ended in disgusting narratives, as several agencies couldn’t clear the air regarding whooping funds that were unaccounted for. Recall that Nigerian NewsDirect in response to the untoward revelations had lamented the unsavoury narratives in an Editorial titled; “2021-2023 MTEF & FSP: Necessity of Addressing Remittance Discrepancies in Revenue Generating MDAs.” Excerpts from the Editorial published on Monday, 24th of August 2020, had read in part: “Revelations that leave one sighing deeply, have continued to trail the National Assembly’s interactive sessions with revenue generating Ministies, Departments and Agencies (MDAs) of the Federal Government on the 2021 to 2023 Medium Term Expenditure Framework, (MTEF) and Fiscal Strategy Paper (FSP). The experience so far with the responses of some Federal Government revenue generating Agencies both on the floor of the Senate and the House of Representatives, shows discrepancies, which are indications of foul play with the nation’s revenue. The experience has been such that the accounts of the amount remitted by some of these Agencies to the Federal pulse largely fell short of expectation, with a wide gap between the amount generated by them and the amount remitted.” Federal Government’s Agencies which discrepancies in their accounts took Lawmakers aback during the sessions include the Department of Petroleum Resources (DPR), the Central Bank of Nigeria (CBN), and the Corporate Affairs Commission, among others.

In response, the Editorial had read further: “Changing the narrative of the stench robbing on the Country is a high call of note. The resonance of huge discrepancies in the accounts of Government Ministries, Departments and Agencies (MDAs) is saddening to the ear. Continuous reports of misappropriation and mismanagement of the Federation’s commonwealth is a saddening experience which continue to bite hard on Nigerians who are passing through hard times. The reports of billions in naira and dollars which are being diverted and looted is a negative tag which is rubbing on the negative perceptions of which Nigerians are being perceived before other nations of the world.

“The necessity for the Government to change the tactics of tackling corruption is urgent.  Rather than relying mostly on the existing reactive measures, it is significant that the drum beat be transformed to accommodate a system centered on stronger preventive structures. Such system that demands almost instant accountability in work processes should be set in place. It is essential that the Federal Executive and the National Assembly work hand-in-hand to institute processes of fair platforms for public hearings where Nigerians would be accommodated to throw questions to representatives of government MDAs with questionable accounts of misappropriation and mismanagement.”

At the height of controversial outcomes surrounding several misappropriated funds, making details of unaccounted funds open enough for Public consumption is very essential for questioning by intelligent Nigerian citizens. The National Assembly as representatives of the citizens across the Federation should make its hearings of corrupt allegations open, while details of all suspected discrepancies are made known to Nigerians. Clandestine hearings during probes by both Executive and Legislative panels should be jettisoned. Nigerians should be acquainted with the details and proceedings of probes on cases of misappropriation and mismanagement of funds. The commonwealth belongs to all Nigerians; it is therefore, essential to make the paths to the trials of fraud allegations on their commonwealth accessible to them. Several probes on cases of misconducts and misappropriation of funds in many instances over the years ended up under the bud, without headway on the prosecution of the defaulters and retrieval of misappropriated funds where needful. The need to steer affairs from a drifting system is sacrosanct to salvage the Country and its citizens from the scourge of corruption. The President Buhari-led Federal Government, should in conjunction with the National Assembly, set-up strict and viable monitoring mechanisms to checkmark the activities of MDAs across boards over the projected revenue generation in tandem with the records of remittances in the 2021-2023 MTEF & FSP to guide against the possibilities of such discrepancies recorded in the last three years from re-occurring.

The prevailing conditions of economic downturn is far becoming intolerable. The necessity for economy-boosting capital projects is forcefully need. The pressure of this necessity amidst shortfalls in revenue, has however subjected the Government to turn to massive borrowings most recently; a development which portends great threats to the Country’s future standing. It is saddening that while the President Muhammadu Buhari led Federal Government has flagged the “fight against corruption” as one of its cardinal thrust of government, the cankerworm is still ravaging Nigeria from the echelons of political power to every nook and cranny of the society.

The threats that continuous borrowings at a disturbing rate pose to the Country, is a red flag to posterity. It is lamentable that while the Government is supposed to creatively look internally to craft out how to manage resources and boost revenue generation domestically, it has blindly turned all attention to sourcing external loans inimical to the Country’s growth. It is important that the Federal Government set in place, institutionalised processes to block loopholes of financial drainages within government Agencies. While the implementation of the Treasury Single Account has been instrumental to block some leakage points, it is noteworthy that there are numbers of other leakage channels hitherto existing and those newly devised, which are exploited by systemic looters draining government resources for personal aggrandizement. Developing a number of resistance structures within the operating systems of government MDAs is sine qua non. It will amount to nothing but monumental failure, if the Government continue to service debts and keep on borrowing hugely as premised in the budget, while leakages persist in Government MDAs through which funds that should be reserved for capital projects are being sapped by few individuals exploiting the laxity and unenlightened posture of the Government to the gimmicky adventures.

It is essential for the President Muhammadu Buhari-led Federal Government to institute processes to investigate into the discrepancies that have been recorded from the unremitted funds. All effective instruments should be deployed to ensure the leakage channels are discovered and blocked, while all culprits are brought to book to face the wrath of the law, for defrauding and cheating on over 200 million Nigerians.