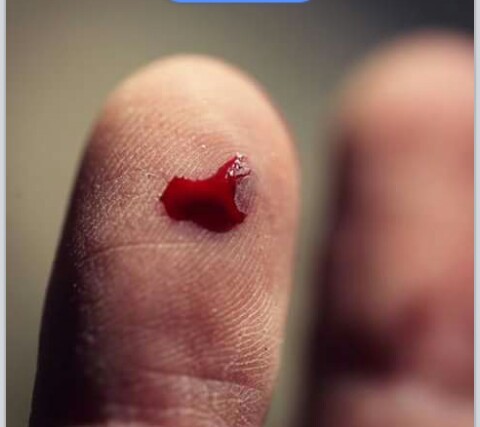 They live in the same building, but demarcated – two entrances, two exists, and two gates. It’s as if someone sliced their house into two equal parts, such that they would never see each other, even if they chose to, for the rest of their lives.

I initially thought they were a people who over the years stayed together because of us their kids but as we the kids grew to be adults and began to leave the house one after the other, I realise what held my parents together was not us; there was something else, something sinister and I will tell you in a bit.

I was told my parents met in Ibadan as students before they both at different times travelled to Ghana to continue their studies. Before they left, they had secretly dated.

It had to be a secret because parents were a lot stricter then, so my mother couldn’t be found with my dad. She came from a well to do home. They were Christians but my dad was a Muslim from a broken home. Christians and Muslims didn’t mix well in the 60s.

Or maybe it was more a class thing; my mother’s parents were well educated and so sponsored her education abroad. My father relied on a scholarship and his study was more like a community effort.

Anyway, in  Ghana as students, my mum studied nursing and my dad, Law. When they graduated, my mother being the first to, began to work and supported my dad. They got married and soon, they gave birth to our first and second born.

Now at this time, as you can guess, my mother’s family were furious, not only had she gotten married without their consent, she got married to an ‘imale’, a derogatory term for Muslims, meaning, ‘one who’s religion is hard’.

My father’s people too, though had no access to him while he was abroad, did not like that he married an uppity krio, another derogatory term used for Christians back then.

When they returned to Nigeria after my father’s studies, my mum’s parents couldn’t be angry for long. They had two grandchildren; aged four and two. They got their daughter back and a husband they hoped they may be able to introduce to their ‘high society circle…’, my father would say.

My parents both settled to their different jobs and in few years, they had two more; my elder sister and me. We are the two they gave birth to in Nigeria.

According to our fist born, Bros B, he said when they came back to Nigeria, at the beginning, life was peaceful. Our father became successful, same with my mum too. They pooled money together to buy a land and build our house.

But life happens to the best of us. They had issues: religion, family, respect etc.

They wanted to go their separate ways when the troubles were too much in their marriage. My father attempted it but came back after a few months…from stories I heard. I was too young, but I will tell you why later.

I grew up knowing my mother’s room was different from my father’s room. My dad, who is a great cook by the way, cooked his own food. In time, we had two separate kitchens, mum’s and dad’s, and we the children learned to navigate between the parents, even as they gradually made adjustments to their living quarters. A little wall here, a complete sealing of a door there.

Before my eldest brother got married, we had talked to our parents about getting divorced; they were both unhappy together and that it was ok, if they wanted to part ways. They just told us not to worry.

When our first born was about to get married, there was almost another world war in our house. My parents couldn’t agree on the venue of the reception, the colour code, type of aso-oke, invites, even dates for engagement and the wedding. It didn’t help that both parents practiced different religions either; my dad remained a staunch Muslim, my mum remained a Christian, no shaking – it was bad.

Now, before I got married, I wanted to do my Masters abroad. I had been dating a girl I intended to marry. Surprisingly, my mother called me into her part of the house and warned me never to take a blood oath with the girl.

She told me she had taken a blood oath with my father when she was young, before travelling to Ghana for her studies. She said my father had been afraid that if she travelled abroad, he would not be good enough for her. So he took her to one man, who conducted the oath. They drew blood from one another and licked it, and the man made certain incantations and some concoctions which they both ate. She couldn’t tell anyone and daren’t break the oath.

She said one time, my father wanted to walk out but our first born became so ill to the point of death that everywhere they took the sick boy, they pointed to my dad and told he knew why his first born son was about to die. Quietly, my father came back and his son’s health was restored.

I was stunned. Did my siblings know about it?

She said she told them each when they came of age.

So why didn’t anyone tell me?

She said time had come for me to know. I confirmed from my dad and he said, ‘it’s true!’