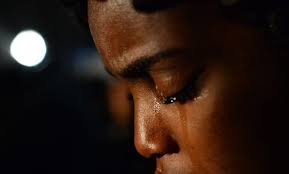 My legs were shaking as their insults hit me like missiles the day I went to hospital in Oyo state to visit my boyfriend, Akin Tunde (not real name).

I had been told he was stabbed and was taken to the emergency ward of the hospital by police men. The person who informed me called me on the phone. He didn’t reveal his name nor tell me why or who stabbed Tunde, and how come the police had been the ones to take him to the hospital?

Tunde is my boyfriend; we have been dating since I left school, about 6 years ago. I won’t call him my husband though we live in the same house.

We are unmarried and where I come from, no matter how long one has lived with a partner,  as long as the traditions aren’t fulfilled, one has no right to say, “Here’s my husband/wife.” So in that sense, Tunde is simply my lover.

We are both from Niger state but both of us grew up here in Ibadan.

How did we meet?

At school. We both went to secondary school at Oshodi, after secondary school, we both enrolled as  part-time students at University of Ibadan and we both studied Business Administration.

Our parents couldn’t afford to send us to further our education so instead of just being  nonentities; we enrolled as part-time students and got jobs at one of the popular fast food joints, I as a sales girl and Tunde, as security man.

Those three years of part-time study was troublesome for us. I had to write Tunde’s assignments and many times even his tests. You see, as a security staff, he hardly had time to come for lectures, copy notes or sit for tests.

I did all of these because I saw in him the potential to be a great person in life. This I mean, though he brags a lot about making it big, he seemed to put in the work. He didn’t come off as lazy, he was always helping people, always trying to find solutions to things when they happen, and that’s why I fell in love with him.

So you can imagine my shock, when I got that phone call, saying he had been stabbed and was at the emergency ward of the hospital.

I called Tunde’s number several times and got no response, I even called Moses’ number, his close friend and it was switched off. Frantic, I dashed to the hospital.

My thoughts were mostly incoherent, however, what did seem to stick was this: Tunde must have either been separating fights or helping someone who now mistakenly stabbed him. By the time I got to the hospital, I had almost lost my senses to the anxiety.

The nurse at the nurses’ station was rude.  But that day, I was in no mood to pay attention to such frivolity, I simply “begged” one of them by slipping a N200 note into her hand and asked where I could find Tunde, I told her he was my husband and he’d been stabbed, and that I’d been told he was brought in by the Police.

She pointed to a corridor where several long trolleys were kept. One of the trolleys had someone covered in a blue bed sheet. The face was covered, meaning dead.

I froze immediately and ran back to the nurse.

I almost passed out!

I began to cry, there was no one to hold me, no one to say to me, why are you overtaken with anguish? I was just going crazy, pulling at my hair and running around. Then the nurse came back and said I was disturbing the peace, that my husband was a thief and had been stabbed by one of the victims he and his gang went to rob!

That was when I lost it. I lashed at the nurse and had her in a chokehold. She had taken my money and still had the guts to call my Tunde a thief?

Shame has no home but it found one with me that day. The other nurses rushed to rescue her. They called me all sorts of names, they were still at it when a policeman came by and I was arrested as an accomplice.

“Armed robbery and arms possession,” he retorted. They said I had to prove I knew nothing about Tunde’s activities since I was his wife.

I don’t know where to start my story. Since the day I was arrested, I have neither seen Tunde’s friends nor mine. How do I prove my innocence?