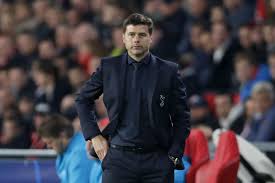 But the Portuguese manager says some of the credit has to go to his predecessor Mauricio Pochettino.

Son scored his eighth goal of the season in Monday’s 1-0 win at Burnley after Kane had headed an Erik Lamela corner into his path.

Spurs are fifth, two points behind leaders Everton, and lead the league in scoring with 16 goals.

It was the ninth goal the pair had combined for this season, with Kane assisting on seven of Son’s eight goals, while the Korean has assisted on two of the England’s forward’s five strikes.

The duo has combined for 29 goals in their Premier League careers, second only to the former Chelsea partnership of Frank Lampard and Didier Drogba (36), according to Opta statistics.

“It is an understanding that comes from Mauricio’s time,” Mourinho told reporters.

“I don’t want all the credit myself, let’s share with Mauricio. They play together for a long time, probably a different way because Harry is not always a nine now.

“What pleases me more about them both is that they are two top players but close friends. No jealousy. They both play for the team.”

Kane said Spurs were showing signs of progress under Mourinho as they chase a first major trophy since their 2008 English League Cup triumph.

“I think we are at a stage where we have been so close for so many years, a lot of us have been together for four or five years,” said Kane.

“We know with the team we have got and the players we have got, we can do something special.”