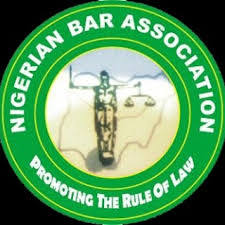 Reactions have continued to trail the removal of Nigerian Bar Association stamp and seal as a requirement on court processes, with some lawyers on Wednesday saying it was beyond attorney-general of the federation’s powers.

The Lagos-based lawyers said that the removal by the Attorney-General of the Federation (AGF) and Minister of Justice, Mr Abubakar Malami (SAN), could fuel activities of fake lawyers.

They spoke in interviews with newsmen in Lagos.

Newsmen report that the AGF amended the Rules of Professional Conduct (RPC) for Legal Practitioners, 2007, removing the requirement for the stamp and seal on court processes.

Nigerians have been reacting to the development, with some saying that the removal has weakened the powers of Nigeria Bar Association (NBA).

Newsmen also report that sale of the stamp and seal was one of the major sources of NBA’s revenue.

With the amendment of the RPC, the use of the stamp is no longer necessary.

Mr Ademola Owolabi, a Lagos-based lawyer, said that removing the use of stamp and seal on court processes would make it easier for fake lawyers to operate in courts.

He said that RPC was aimed at eliminating activities of fake lawyers, among other things.

He noted that a former AGF had in 2007 amended the RPC and brought about the use of NBA stamp and seal on court processes which was geared toward eliminating activities of fake lawyers in courts.

Owolabi said the amendment then was widely accepted.

“Stamp and seal is not a destination, it is a journey toward identifying lawyers.

“It makes it easier to detect fake lawyers.

“When a lawyer files a process in court, the stamp and seal will be used to check at the Supreme Court if the lawyer is genuine.

“The use of stamp and seal of NBA is a very important aspect of the legal practice which should not be removed,” Owolabi advised.

Another lawyer, Mr Chibuikem Opara, said the AGF had no legal powers to solely amend the rule.

“The clear reading of the Legal Practitioners Act shows that the making and reviewing of the Rules of Professional Conduct is the function of the General Council of the Bar.

“The act cannot be performed by the AGF unilaterally.

“Is the amendment not retrogressive in nature,” Opara asked.

However, a former Chairman of NBA, Ikorodu Branch in Lagos State, Mr Bayo Akinlade, said that lawyers would not suffer from removal of NBA stamp and seal.

“We were called to the bar and not NBA.

“Some people have sought to distort history to keep lawyers under their control.

“Let’s face the real issues and think outside the box,” he told Newsmen

The former chairman said that NBA was not about the sections that were deleted.

“It is our lack of foresight that makes us worry over irrelevant provisions such as the ones purportedly removed.

“We need to rebrand ourselves as lawyers. The RPC, as it is, cannot work for the times we are in.

Heritage Bank, others canvass use of tech to rescind effects of COVID-19, tackle fraud