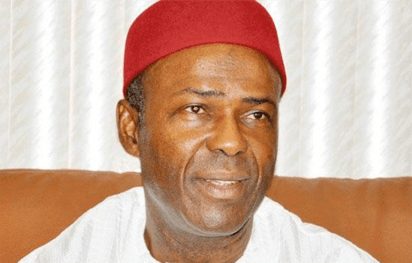 Onu said this at the opening of a three-day Geoinformation Society of Nigeria (GEOSON), General Assembly and 2020 Geospatial Information System (GIS) Day celebration in Abuja on Tuesday.

The theme of the event was “Geospatial Technology, a panacea for 21st century economic development.”

Onu, represented by Dr Francis Chizea, Acting Director-General, National Space Research and Development Agency (NASRDA), said that Nigeria has repositioned itself in space technology being the first to explore space and satellite technology in Africa.

“The benefits of space technology include -providing data for the government where human being  cannot access to make informed decisions and policies.

“Nigeria has raised the bar in Science and Technology development by leading in space technology and launching of satellites in space.

“The launch of the satellites was to enable the country acquire accessible data to engage in researches for sustainable development.

“It is time for relevant stakeholders to utilise space spinoffs like geographic information that can help government make informed decisions for the good of our citizens,” he said.

Onu said that the proposed GEOSON Bill will help strengthen geospatial technology and space programmes in the country when eventually passed into law.

The Emir of Nassarwa, Alhaji Ibrahim Jibril, in his keynote address, called for a reliable geographic database on water resources in the country towards boosting the economy.

Jibril said the country has the human capital and expertise to boost its blue economy.

“Nigeria is surrounded by water in many areas, it is important to deploy geospatial technology to harness resources in water for blue economy.

“The water resources can boost the blue economy because one out of three economy activities can be done around water, like logistics and hospitality for recreation and tourism.

“Nigeria over decades depended on oil and the Federal Government since 2005 has been talking about diversifying the economy through Economy Recovery and Growth Plan and we feel that the blue economy is one sector that cannot be neglected.

“You cannot delve into harnessing water resources successfully if you don’t have a reliable data.

“GEOSON should come in to harness these resources and put it in a structured database so that it can be accessed and decision makers can utilise the data from an informed position,” he said.

GEOSON President, Dr Matthew Adepoju said there was need for the country to prioritise on utilisation of Geoinformation Science and technology.

Adepoju said that the technology can be deployed through well structured policies and programmes that will facilitate the realisation of the benefits of spatial dataset for informed decision and the achievements of the Sustainable Development Goals (SDGs)in the country.

According to him, there are enormous challenges ranging from insecurity, unemployment and infrastructure deficit facing the country which the application of geospatial technology, digitisation and knowledge-based economy can address.

“The current reality is that the world has entered the Fourth Industrial Revolution, we have moved into the robotic age powered by Artificial Intelligence built on spatial datasets.

The draft of GEOSON Bill designed to regulate activities in the profession has been submitted to the National Assembly and is at advanced stage to ensure the National Geoinformation Policy became an Act of Parliament soon,” he said.

Dr Samuel Adeniran, Surveyor General of the Federation said that the government has been faced with lots of challenges lately, especially the Coronavirus  pandemic.

Adeniran said that in some areas, the government was not fully informed on the benefits of geospatial information technology, hence needed the efforts of experts to enable it deliver on its laudable promises for the benefit of citizens.

Sen. Boroffice Ajayi, Deputy Senate Majority Leader,said the theme of the conference was apt, considering that the country was grappling with economy recovery and diversification.

“ Geoinformation Science and Technology has a big role to play for the country in different sectors to ensure development,” he said.

Ajayi pledged to sponsor the GEOSON Bill and to ensure that it received the desired attention towards quick passage.

Dr Francis Chizea, Acting Director-General NASRDA said the agency was at the advanced stage of launching an additional satellite to complement existing ones for the support of geoinformation systems.