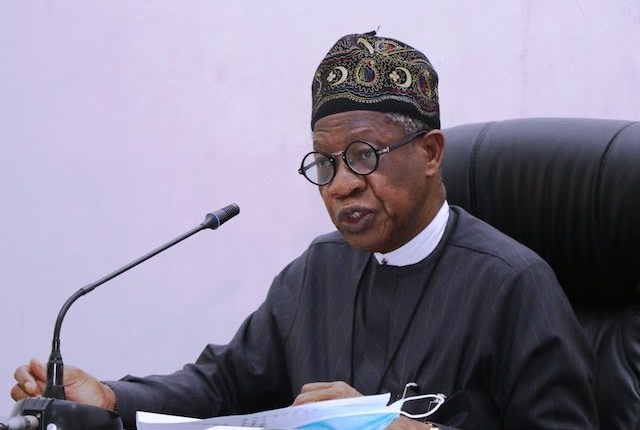 The Minister of Information and Culture, Alhaji Lai Mohammed, on Thursday solicited the support of the Newspaper Proprietors’ Association of Nigeria (NPAN) in checking fake news and disinformation.

The minister, who made the appeal during a meeting with members of the association in Lagos, said fake news, if left unchecked, has the capability to “aggravate our fault lines as a nation and set us against ourselves.”

Mohammed also sought the support of NPAN in the Federal Government’s resolve to regulate the social media which he said is the major purveyor of fake news.

According to the minister, NPAN is not immuned to social media malaise because every newspaper has online editions that attract a lot of traffic.

“If the online editions of newspapers become afflicted with the same fake news/disinformation syndrome, then there is trouble.

“Papers, online or offline, found to have carried fake news, may lose their credibility and public trust, with disastrous consequences.

“This is why we have decided to enlist your support for our quest to ensure a responsible use of social media,’’ he said.

Mohammed noted that regulating social media contents did not mean stifling press freedom or free speech, adding that this was not peculiar to the country.

He gave an assurance that the Federal Government would not shut the internet but ensure a responsible use of social media.

The minister said he was disappointed that during the EndSARS crisis, almost all newspapers fell for the hoax that there was a massacre at the Lekki Toll Gate.

He said headlines claiming 70 or more people were shot dead at the Lekki Toll Gate made the front pages of newspapers without evidence.

“It is baffling how newspapers, which were supposed to have reporters and photographers on ground at the Lekki Toll Gate fell for such a hoax.

“Did they also rely on the fake news and disinformation that permeated social media?

“Why shouldn’t the newspapers have led the narrative with verifiable figures and well-grounded sources?

“Had the papers done this, perhaps the likes of CNN, which were misled by social media, would not have goofed so badly as they did,’’ he said.

He appealed to NPAN members to carry out a painstaking review of their coverage of the protest and its aftermath with a view to ensuring that this never happened again.

The President of NPAN and Publisher of “This Day’’ Newspaper, Nduka Obaigbena, thanked the minister for the visit

He said there is constitutional guarantee for freedom of expression and the role of the press, adding that there are enough laws to punish errant fake news bearers.

Obaigbena said what should be addressed on the social media malaise is the issue of anonymity.

He gave an assurance that the media would cooperate with the minister to collectively tackle the challenges facing the country, especially insecurity.

It was reported that the meeting went into closed door session after the opening speeches by the minister and NPAN President.

In attendance at the meeting were veteran journalist and former governor of Ogun, Chief Olusegun Osoba, and publisher of The Vanguard Newspaper, Sam Amuka-Pemu.

The General Secretary of NPAN and Publisher of The Source Magazine, Comfort Obi, Publisher of Nigerian Pilot, Dennis Sami, as well as representatives of The Sun, The Nation, Daily Trust and Daily Asset Newspapers among others also attended the meeting.

In the entourage of the minister to the meeting were the Executive Secretary of Nigeria Press Council, Mr Francis Nwosu, and the Registrar and CEO of Advertising Practitioners Council of Nigeria, Dr Olalekan Fadolapo.