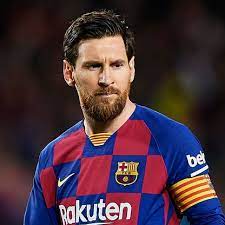 Paris Saint-Germain’s Lionel Messi has expressed happiness after leading his team to win this year’s Trophée des Champions against Nantes on Sunday.

Messi said he was happy to win another trophy with PSG because the Parisians wanted to start the new season by winning the Cup.

Recall that Messi won the French Ligue 1 title with PSG last season after joining the club from his boyhood club, Barcelona.

A goal from Messi, Sergio Ramos and a brace from Neymar ensured PSG defeated Nantes to win the Trophée des Champions at Bloomfield.

Reacting, Messi, in a post via his Instagram account after the game, said: “Verified Happy because we wanted to start the season by winning this Cup, come on!”

Messi will now hope to lead PSG to victory when they face Clermont in their French Ligue 1 opener next weekend.