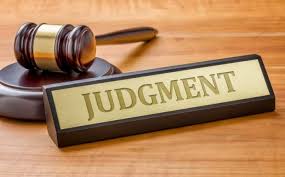 A 27-year-old mechanic, Ahmed Ibrahim, on Friday appeared before an Ogudu Magistrates’ Court in Lagos, for allegedly belonging to a cult.

Ibrahim, who resides in Ikorodu area of Lagos State, is facing a two-count charge of conspiracy and belonging to an unlawful society.

The Prosecutor, ASP Rita Mommoh, told the court that the defendant committed the offences with some others, still at large, on May 30 at 8.30 p.m. at Arowojobe Street, Bayeku, Ikorodu.

Mommoh said that the defendant was caught by a vigilante group while he was taking the oath of allegiance to the secret cult known as ‘Eiye Confraternity’.

She said that the defendant was handed over to the Police while his accomplices escaped.

Newsmen reports that two other defendants, Seyi Segun, 20 and Raymond Saheed, 25 were also arraigned on Friday at the Ogudu Court for also belonging to Eiye Confraternity and conspiracy.

Both defendants pleaded not guilty to the charges.

The prosecutor said that the offences contravened sections 411 and 42 (a) of the Criminal Law of Lagos State 2015 (Revised).

Newsmen reports that Section 42 (a) stipulates a three-year jail term for belonging to an unlawful society while 411 carries two years’ imprisonment for conspiracy.

The Magistrate, Mrs O.M. Ajayi, granted the defendants bail in the sum of N200, 000 with two sureties in like sum.

Ajayi adjourned the three cases until Oct. 13 for mention