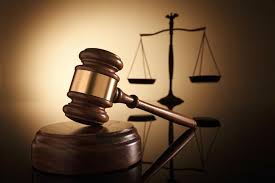 A 30-year-old man, Dickson Ezekiel, on Thursday appeared at a Grade I Area Court in Kubwa, Abuja, for allegedly selling three stolen pre-paid meters to a man.

Ezekiel of Saburi village in Abuja is charged with criminal conspiracy, impersonation and being in possession of property suspected to be stolen.

The Prosecution Counsel, John Okpa, told the court that the complainant, Abdulrahman Hadilu, reported the matter at the Kubwa Police Station on Sept. 8

He said that the defendant sold three pre-paid meters suspected to be stolen to the complainant at N105, 000 and could not give a satisfactory account of how he got them.

The prosecution counsel said that the prepaid meters were recovered by the police adding that the offences contravened Sections 97, 172 and 319 of the Penal Code.

The defendant, however, pleaded not guilty to the charges.

The defence counsel, Taiye Okoya, applied for bail citing Section 36, subsection 5 of the 1999 Constitution urging the court to grant bail to the defendant pending the determination of the case.

The Judge, Mr Muhammad Adamu, admitted the defendant to bail in the sum of N200, 000 with one reasonable surety.

He said that the surety must be a resident within the court’s jurisdiction.

He adjourned the case until Oct.14 for hearing

Sane sidelined for Germany and Bayern Munich with knee injury