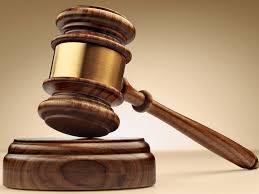 A Badagry Magistrates’ Court on Thursday, remanded a 36-year-old man Aliu Malik in a Correctional Facility for allegedly stealing a tricycle valued at N670, 000.

The defendant, whose address is unknown, is charged with one count charge of stealing.

He, however, pleaded not guilty to all the charge.

The Prosecutor, ASP. Akpan Nkem told the court that the defendant committed the offence on Sept. 5, at about 5:30 a.m., at Aka Road, Ajangbadi area of Lagos.

Nkem said that the defendant stole one unregistered tricycle valued at N670, 000, property of one Rafiu Adebayo.

“The accused also stole the battery of the tricycle valued at N20, 000.

“He was arrested by the people and was taken to the police station for investigation,” the prosecutor said.

Nkem said that the offence contravened Section 287 of the Criminal Laws of Lagos State, 2015.

The Chief Magistrate, Mr Patrick Adekomaiya, ordered that the defendant be remanded in a correctional facility and adjourned the case till Sept. 22, for mention.

Our community deserve a traditional ruler 15 years after, Itele-Ota residents cry to Abiodun