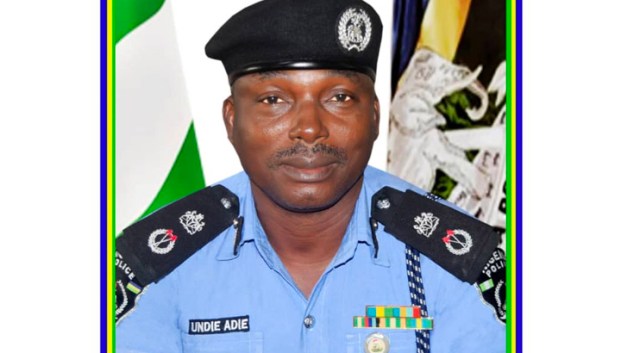 Osun State Commissioner of Police, Undie Adie, has solicited the support of residents and citizens of the state in restoring normalcy across the State

This is in response to the directive of the Inspector-General of Police, M.A Adamu, for the immediate mobilisation of all police operational assets and resources to bring an end to the violent attacks on  citizens, looting and wanton destruction of public and private properties.

It will be recalled that hoodlums hijacked the #EndSARS protest in the State, looting private and public properties.

The Police Command, in collaboration with other security agencies in the state, has embarked on intensive patrol of all nooks and crannies of the state to reclaim the public space from the criminal elements.

In a statement released by the PPRO, Opalola Yemisi on Wednesday,it was stated that “this development followed a joint security management meeting with heads of sister security agencies to enforce the indefinite 24-hour curfew and decisively deal with all acts of lawlessness, disruption of public peace and criminality in some parts of the state.

“These unlawful acts shall no longer be tolerated, as all legitimate means shall henceforth be applied to halt further acts of lawlessness.”

The CP commended the law-abiding citizens, especially the peaceful protesters, traditional leaders, and vigilante groups, for the solidarity in defence of their respective communities, urging them not to relent in their selfless efforts until normalcy is restored.

He further called on the public to report any suspicious person and give any information concerning looters or the looted items to the nearest police station, adding that the citizens could call the NPF emergency numbers: 08039537995, 08123823981, 08183322638 for prompt response.