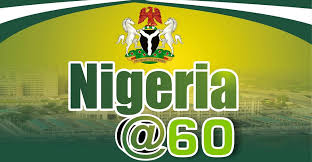 Six decades now, since independence, since Nigeria yanked itself from colonial subjugation. Yet the  experiences of these times have been marked with controversies and vagaries. Amidst the clustering of enormous challenges bewildering the Country, the most worrying to the common man in recent times has been the rising acute economic hardship with continuous abasement of purchasing. The attendant effects of this one problem among a cluster of others now constitute itself as a hold that is ravaging the Country. The acute hunger offshooting from this deficiency, now apparently stands as the firstborn of all challenges to the common man in Nigeria.

Amidst this experience, the call for interventions on the part of the Government have been rife most recently. One of such calls has been anchored on the need to strengthen and revive the agricultural sector in the Country. This, it has been posited, is essential to cushion the rising spate of hunger profile in the Country. The recommendation have been premised on the significance of food as a basic human needs, and secondly, its potency in the part towards diversifying the economy. The necessity for diversifying the economy from the mono-centric oil navigations, calls for the significance of focusing on, and developing the potentials of the Agriculture sector in the Country. The abandonment of the erstwhile nerve-centre of the Nigerian economy had been reduced to the precipice, owing to the years of administrative recklessness and economic insensitivity.

Most recently, the challenges bewildering the sector have clustered to complicate the clouds of its working patterns. Such challenges as insecurity, poor mechanisation, unstable government policies, poor linkage transportation networks, inefficient market chain system, human and natural disasters among others, have clustered to render the sector in shambles.

In an interview with the News Agency of Nigeria on Tuesday, the National Coordinator, Zero Hunger Commodity Farmers Association and former Chairman of the All Farmers Association of Nigeria (AFAN) in Kogi,  Dr Tunde Arosanyin, listed the variables responsible for the recent food scarcity to include poor credit facility to farmer; negative effect of climate change; insecurity; farmers/herdsmen clashes; poor mechanisation and unstable government policies. He also mentioned inadequacy of extension services and high price of agriculture input among the factors responsible for the high cost of food items. According to Arosanyin, while Nigeria has enormous potentials in the agriculture sub-sector of the economy, it has not been able to harness the benefits. The Farmer who lamented the  displacement and killings of farmers in the North East, North West and North Central by insurgents and bandits: was quoted: “Farmers and Nomadic Fulani clashes in the middle belt down South, have also resulted to deaths and apathy to farming, while climate change has impacted on our food production negatively in the last 15 years from flooding to rain failure and drought. Unstable government policies is another critical factor. Sometimes farmers will produce and cannot make profit due to importation of commodities.”

He said that ‘total agriculture’ where government creates the enabling environment on production from land preparation to market was the best way to guarantee food sufficiency.

Arosanyin urged the Federal Government to revisit the Operation Feed the Nation and Growth Enhancement Scheme (GESS) policies on agriculture under Olusegun Obasanjo and Goodluck Jonathan governments respectively to bail out the country from the present food challenges.

The necessity to address the challenges of the agricultural sector is alarming. Commemorating Nigeria’s independence at 60 amidst economic hardship and its attendant socio-political impacts is worrisome. It is essential for the Federal Government to take the lead for a revolutionary move to resuscitate the Agricultural sector. The need to institute reforms to revamp the sector demands sustained impetus and navigating force, premised on plausible policies, virile enough to push the workings of the sector to the echelon of efficiency and profitable productivity. This move however, demands all hands to be on deck. Thus, it should be a drive encompassing the support of other levels of governments, particularly the  State Governments to corroborate efforts from the Federal government.

It is essential that the Government constitute a conference with stakeholders to come up with the most plausible recommendations to serve as the bedrock in addressing the clusters of challenges bewildering the sector. Much alarming on the part of the Government is to ensure as “policy maker” that it engages extensively with the stakeholders to develop seasoned  policies to lay the systemic ambiance for the sector to thrive. It is therefore important, for the time being, that while the Government needs to work towards reforms for  foundational  repositioning of the agricultural sector, the need for quick intervention on the issues of security,  particularly insurgencies in the Northern part of the Country is essential. The effects of farmers/herders crisis and insurgency is inflicting huge blows on the agricultural sector. This, in conjunction with natural disasters, particularly flooding in recent times, have left an undesirable and indelible atmosphere of looming food shortages and inflation, projected to take hard grip by 2021.

The need for other interventions, such as provisions of palliatives to farmers affected by these occurrences is key.Subsidizing key farm inputs and addressing the issue of insurgency are matters the Government should forcefully move towards addressing as emergencies in the short run. In the long run, the Government should prioritize the necessity of shifting from the prevailing traditional to mechanized agricultural system. On the path to this, it is essential for the Government to guide against the usual practice of unstable  policies where policies do not outlive each successive government. It is important that the foundation be set for proper linkage transportation networks as well as efficient market chain and storage system.