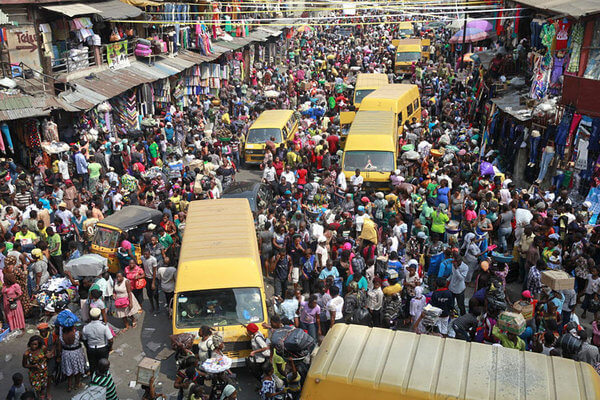 Unfavourable economy in Nigeria has left the Country with seething unemployment records alongside deep seated poverty rate. In March 2021, the National Bureau of Statistics (NBS) had placed unemployment rate in Nigeria at 3.33 percent. The figure translate to mean no less than some 23.2 million people, the highest in at least 13 years and the second-highest rate in the world, as at then. Unemployment rate in the Country has more than quadrupled since 2016 when the economy slided into recession. A second recession was recorded in 2020, worsening poverty records.

According to the World Bank, sluggish growth, low human capital, labour market weaknesses, and exposure to shocks are holding Nigeria’s poverty reduction back. A new World Bank report “A Better Future for All Nigerians: Nigeria Poverty Assessment 2022”  representing the culmination of the World Bank’s engagement on poverty and inequality-relevant data and analytics in Nigeria in the past two years, drew primarily on the 2018/19 Nigerian Living Standards Survey (NLSS), which provided Nigeria’s first official poverty numbers in almost a decade, as well as the Nigeria COVID-19 National Longitudinal Phone Survey (NLPS).

The surveys which were implemented by the NBS in collaboration with the World Bank examined latest evidence on the profile and drivers of poverty in Nigeria, showing that as many as 4 in 10 Nigerians live below the national poverty line. Many Nigerians – especially in the Country’s North – also lack education and access to basic infrastructure, such as electricity, safe drinking water, and improved sanitation. The report further notes that jobs do not translate Nigerians’ hard work into an exit from poverty, as most workers are engaged in small-scale household farm and non-farm enterprises; just 17 per cent of Nigerian workers hold the wage jobs best able to lift people out of poverty.

According to World Bank Country Director for Nigeria, Shubham Chaudhuri, “It is clear that much needs to be done to help lift millions of Nigerians out of poverty, including boosting health and education, bolstering productive jobs, and expanding social protection.”

“Yet implementing pro-poor initiatives requires unlocking fiscal space; reforming expensive subsidies – including fuel subsidies – will be essential, alongside countervailing measures to protect the poor as reforms are effected,” he had submitted.

In its promise, the President Muhammadu Buhari led Federal Government has noised its intention to lift 100 million Nigerians out of poverty. In August, 2022, the Government had officially launched a Technical and Vocational Education and Training (TVET) programme in Lagos, tagged project T-MAX, aimed at lifting 100 million Nigerians out of poverty by 2030. There are seven pilot States listed for the pilot scheme, which are: Lagos, Ogun, Edo, Enugu, Kaduna, Nasarawa and Gombe, with the aim of empowering at least, 15,000 Nigerians across the pilot States. Out of the number, 3,000 beneficiaries are being targeted in Lagos, while 2,000 each will benefit from the other six States. TVET programme has been approved by the National Steering Committee on National Poverty Reduction with Growth Strategy (NPRGS) Chaired by the Vice President of the Federal Republic of Nigeria, Prof. Yemi Osinbajo, as one of the core interventions to achieve the Federal Government’s goal of lifting 100 million Nigerians out of poverty by 2030. The Senior Special Assistant (SSA), to the President on Education Intervention, Fela Bank-Olemoh, had made the disclosure in August in company of the Lagos State Commissioner for Education, Mrs Folashade Adefisayo, at a media briefing and official launch of the programme, held at the State Ministry of Education, Ikeja, the Capital city of Lagos.According to Bank-Olemoh, the project is also aimed at poverty alleviation and employment opportunities among the masses. “Project Technical-Maximum tagged: T-MAX, aims to equip about 10 million Nigerians by 2030 with Technical and Vocational skills they need to be economically independent.

For this Pilot phase of the project, which spans from August – December 2022, a total number of 15,000 individuals will be trained across seven states: Lagos, Ogun, Edo, Enugu, Kaduna, Nasarawa and Gombe. Some of the skills that will be deployed include information, communication, technology, ICT, tiling and stone work, solar installation, welding and fabrication, plumbing and fittings, domestic electrical wiring and installation, furniture works, beauty care and cosmetology, refrigeration and air conditioning repairs and automobile.

At the end of this programme, starter packs will be given to the top participants in each state based on participants’ assessment rankings. These starter packs will set selected beneficiaries off in their respective acquired skills. Some of the top participants will also be place on internships to aid them in improving their skills while gaining hands-on experience. At the end of this project, over 15,000 Nigerians would be empowered with the skills in this pilot phase and this will also serve as a model for the expansion of Technical and Vocational skills acquisition across the country. This will be scaled up to about 1 million beneficiaries by mid-2023,” he had said.

The training programme was expected to kick off officially in September and end by November, 2022. The Lagos State Commissioner for Education, Adefisayo, in her remarks, had said the initiative of the Federal Government would create the opportunity for youths to learn a trade that would help them to be useful members of society rather than relying on academic certificates alone.

On Sunday 18, September 2022, the Federal Government had mentioned that the promise of lifting 100 million Nigerians out of poverty by 2030 is attainable, if stakeholders play their expected roles effectively. The Permanent Secretary, Ministry of Labour and Employment, Ms Kachollum Daju, who while addressing journalists on Sunday mentioned that President Buhari had unveiled government’s plans to lift 100 million Nigerians out of poverty by 2030 said the role of key players in the private sector, including development partners, remained indispensable and that government would not rest on its oars until the goal was achieved. According to her, government Ministries, Departments and Agencies (MDAs) were working hard to actualise the mandate of lifting the 100 million people out of the circle of poverty. She disclosed  that the Ministry of Labour and.Employment has inaugurated a data bank, known as Labour Market Information System (LMIS) to guide those who have been employed and those wishing to secure employment.

She said: “I’m sure you are aware that there are many thematic areas. It is not just the Ministry of Labour and Employment or the Federal Government as it were; it is multi sectoral and different sectors will come together to ensure that this is achieved. The private sector is supposed to play a huge role because we cannot all be dependent on government. So, we will work together and for Ministry of Labour, we have different agencies and departments that have to do with employment skills. Alongside the LMIS, we are also going to improve on job matching, known as the National Electronic Labour Exchange (NELEX). It is where you match jobseekers with the job. It has been going on but apparently many Nigerians are not aware of it. The Ministry is upgrading that and we also trying to construct more job centers across the nation.”

According to her, the Ministry of Labour has created about 16 job centres across the Country, with the goal to establish a centre in all the 36 states of the Federation and the FCT. She mentioned that there were plans to enhance the number of job centers in the nation in order to serve all 774 Local Government Areas. She added that the Nigeria Social Insurance Trust Fund (NSITF) was actually brought to ensure that the informal sector was well taken care of and that was a problem for the government. Daju further added that the National Directorate of Employment (NDE) has different schemes that cut across board to ensure that unemployment was reduced through empowerment, vocation skills, among others.

Although the Federal Government has disclosed its plans, it is essential to coordinate policy measures towards their actualisation. Prevailing culture of Nigerian government have been saturated with many plans not transcending conceptual stage. It is pertinent for the government to muster deliberate efforts towards blending seasoned policies with sustainability force to take the plans beyond the conceptual expression to actualisation.

More importantly, while the government has made its plans known, ensuring they do not just end up as paper work marked by white elephant projects is a task that must be driven with pragmatic push within defined framework. In this light, critical attention must be given to evaluation for impact assessment of the programmes launched so far in this regard, while systematically blending them with newer ones in workable patterns.

Moreso, mustering efforts on broader outlook on critical subjects of the economy and strategic investment is pertinent. According to the World Bank, household survey data, will provide far more detailed insights into the dynamics of and the key constraints on poverty reduction, as well as new pro-poor policies, submitting that “by investing in data, Nigeria can build trust, accountability, and transparency, taking substantial strides on its pathway to poverty reduction.”

The World Bank report “A Better Future for All Nigerians: Nigeria Poverty Assessment 2022” had recommended at least three types of deep, long-term reforms to foster and sustain pro-poor growth and raise Nigerians out of poverty. These  include: macroeconomic reforms (including fiscal, trade, and exchange rate policy); secondly, policies to boost the productivity of farm and non-farm household enterprises; and thirdly, improving access to electricity, water, and sanitation while bolstering information and communication technologies. These reforms together, the World Bank, recommended could help diversify the economy, invigorate structural transformation, create good, productive jobs, and support social protection programmes as well as other government policies. The report had also emphasized that these reforms are urgent as Nigeria’s population continues to grow; indicating now is the time to ensure that the Country seizes the promise of its young people for economic prosperity. It added that shaping the specifics of Nigeria’s poverty-reducing policies will depend strongly on redoubling efforts to gather and analyze data regularly.

The government plans to lift 100 million people out of poverty wouldn’t come the haphazard way. The government must drive the course with strategic patterns of systemic framework.