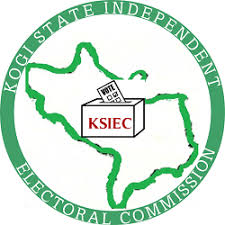 The commission, in a statement in Lokoja on Thursday, said that the collection and submission of the nomination forms would be on from Oct. 15 to Oct. 19.

The electoral body, in the statement signed by Alhaji Yakubu Chogudo, the Commissioner in charge of media and publicity, called on political parties to adhere strictly to the election timetable earlier released by KOSIEC.

It said that delay or lateness in collection or submission of forms would not be entertained.

The state has fixed Dec. 12 for the conduct of the local government election in all its 21 council areas.

The statement also quoted the Chairman of the commission, Mr Mamman Eri, as lauding political parties in the state for the peaceful conduct of their primaries.

“He pleaded with all political parties to continue to maintain peace and order before, during and after the forthcoming local government election,” the statement said.

The Chairman promised that the commission would conduct a transparent, free and fair local government election, urging other stakeholders to be cooperative.

Ortom gets new adviser on LG and chieftaincy affairs