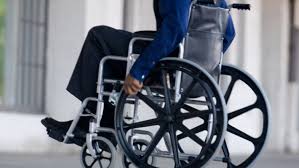 An Ilorin-based legal practitioner, Mr Yusuf Ibrahim, has advocated for the need for more protection for the physically challenged in the country. 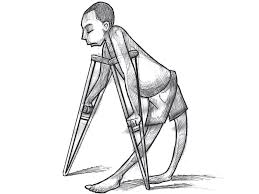 Ibrahim made the call in Ilorin on Thursday as spoke with the Newsmen on Nigeria’s 60th Independence Anniversary.

He said the physically challenged deserved more protection from social ill perpetrators as they were always victims.

The lawyer called on government at all levels and non-governmental organisations to ensure strict measures were put in place to protect them from being victims.

“Some physically challenged in the country don’t have shelter. They just lay by the roadside and are exposed to kidnapping, rape and other evils.

“They sleep and wake up under terrible conditions and nobody cares to look after or protect them.

“They are not safe. Many of them have been victims of rape or kidnappings in the past. The government must do something to help protect them. They are part of us and members of the society.

“Landlords, neighbours must stop maltreating them and treat them specially. Even parents must stop discriminating against the physically challenged persons.

“Let us show love, protect them and make them feel comfortable,’’ he said.

He, however, urged governments to continue with their support toward the physically challenged by building a skill acquisition centre for them.

“They are not a waste product. Government must invest in them and reshape their future by adding more value to their God-given talent and abilities,’’ Ibrahim said.