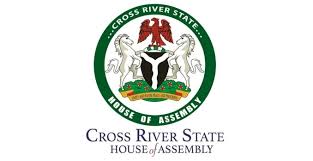 Dr Ekpo Ekpo, representing Bakassi Constituency in the Cross River House of Assembly, has condemned the vandalism and looting of properties in Bakassi by hoodlums during the #EndSARS protest on Oct 24.

In a statement on Monday in Calabar, the lawmaker described the incident as “barbaric and unfortunate’’.

“I wish to condemn such affronts of carnage and mayhem by hoodlums, touts and miscreants and pray that such unfortunate incidence never repeat itself.

He urged the youths not to allow themselves to be used by enemies of the state to destroy their own.

Ekpo said that Cross River did not deserve such carnage and widespread destruction on the existing few government and private properties as it “is not the only state where youths are hungry and angry’’.

He added that institutions such as the West African Examination Council (WAEC), banks, schools and others that were destroyed were offering social service to the general public.

“I, therefore, urge all those institutions affected to be strong and see the actions of the youth as a challenge that must be overcome. Relocation to other states should not be an option, but be encouraged to confront these challenges with strength and determination.

“I think that the state budget for 2021 christened budget of `Blush and Bliss’ should be commended because it is a shift from industrialisation to humanitarian and social welfare services.

“The budget also focuses on youth employment, development and empowerment, job creation and expansion of government to address the immediate issue of hunger and reduce anger and insecurity.’’

The lawmaker commended Gov. Ayade for responding to the mood of the moment, adding when the youths are “employed and empowered; incessant kidnappings, armed robbery, criminalities and insecurities will reduce’’.

He called on residents of the state to focus on reconciliation, rebuilding and restoration.