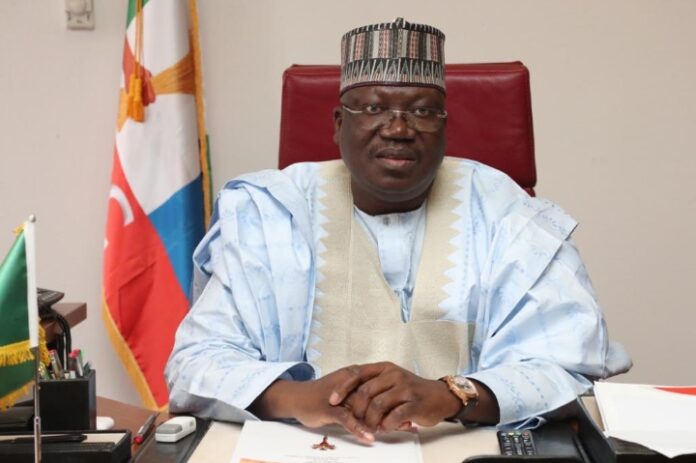 President of the Senate, Ahmad Lawan on Sunday made a strong case for national unity saying Nigeria needs all parts of the country to make things work.

Lawan stated this at the 10th year memorial anniversary of the father of the Senate Chief  Whip, Orji Uzor Kalu which held at Igbere in Abia state.

The occasion was climaxed with the conferment on the Senate President a High Chief title of Nwannedinamba 1(our number one Brother in Diaspora) and as member Ezumezu Circle of Igbere Ebiri by the Igbere Clan Council of Ndi Eze, Igbere.

In his remarks, Lawan said: “This is one occasion that has brought all of us here. If you look at the cream of people around, you will believe that there is unity among us.

“Regardless of our political or religious persuasion, we are attending a function that all of us believe is so important.

“Abia state is a home of unity. We have seen the presence of the (Senate) Minority Leader, Senator Enyinnaya Abaribe, Senator T. A. Orji. These are people who belong to different political parties. So this kind of environment is not a political environment. This is peoples’ environment.

“The Governor of Enugu state, our brother, Ifeanyi Ugwuanyi has been here since. This is in solidarity with this family and this is what unity can achieve for us.

“Today and indeed even tomorrow and forever, we can achieve better. We can achieve more when we are united. Nigeria is designed by the Grace of God to be a nation of many people of different orientation, different sentiments but we must be a people with common purpose and common destiny and this is what we are trying to achieve.”

The Senate President said his friendship with Senator Orji Uzor Kalu who is now the Senate Chief Whip dated back to their days in the University when they were roommates.

“Today we are all grown up and we are still together. That shows commitment to friendship, privilege to maintain that kind of relationship that will make our country better and more stable and that is what we are supposed to do across the country.

Still speaking on the quest for a united Nigeria, the Senate President said: “Abia state is the home of the Whips in Nigeria today. You have the Chief Whip of the Senate and you have another Whip in the House of Representatives and we have the Minority Leader of the Senate.

“Abia is more blessed than any state when it comes to the leadership of the National Assembly because out of the 20 Principal Officers, Abia has three. And that is to tell you that this state is at the heart of Nigeria.

“Let’s unite ourselves in this state and indeed in the Southeast. Let’s face common agenda of being in the center of Nigeria. Infact let’s even attempt to be the leaders of Nigeria because it’s a valid aspiration.

“Let’s not stay away from being part of the real center of action in Nigeria. That we can achieve when we sit together and talk among ourselves. Time is of essence.

On the chieftaincy title conferred on him, the Senate President thanked the traditional rulers and the entire community for the honour done to him.

“From now, I am a son of this soil and with my cap signifying the title conferred on me, I can stand anywhere, in any part of Nigeria proudly and say I am from Igbere community,” Lawan said.

The Senate President said Kalu’s father, Chief Johnson Uzor Nsiegbe Kalu who was being remembered “left us with a lesson of bringing up a family in a very decent and responsible way and we are lucky to be alive to see the benefits of doing so.”