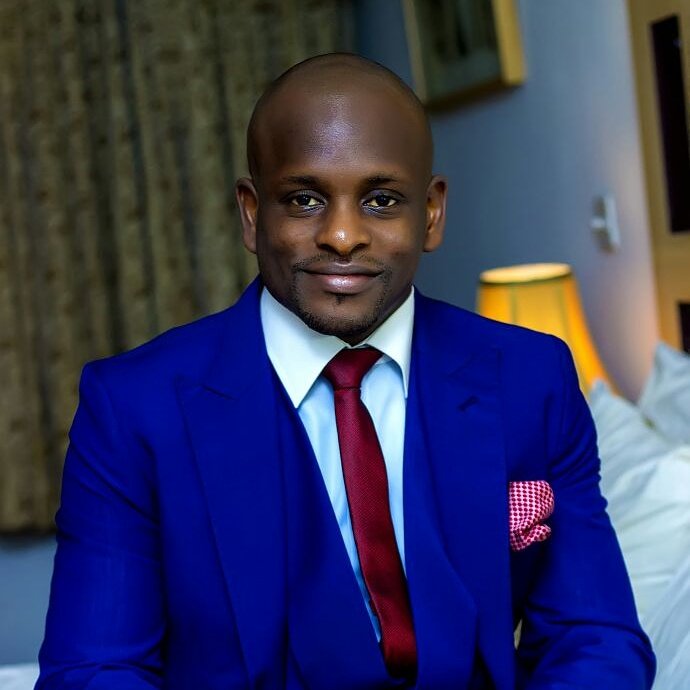 The Managing Director, Lagos State Waterways Authority (LASWA), Oluwadamilola Emmanuel, in an interview with SEUN IBIYEMI speaks on his achievements and challenges facing the authority.

What is the area of focus of LASWA?

What are the challenges facing LASWA?

We have been having challenges in terms of enforcement, because we have to do continuous enforcement. We find out that sometimes, operators and even passengers put their lives at risk in different ways for example they want to travel at odd times.

They want operators to move faster than they ought to be moving, and they also liter the water ways which causes problem for the state.

Every challenge comes with an opportunity to tackle.

How do you tackle the issue of accidents on the waterways?

In terms of accidents, it is a thing of safety. We have to consider safety and how to build safety systems.  We have to ensure sensitization and awareness on safety, the kind of safety equipment to wear which is the life jacket.

We have done a lot of sensitization on that, as well a lot of donations. In terms of enforcement, we actually go round and seize life jackets that are no longer fit for use. We penalize those we found. Those operating in our waterways are actually complying.

As the State government because we purchase life jackets as well, we replace their life jackets and we support them because this is a sector that needs everyone’s contribution both in the private and public sectors.

Beyond that, in terms of accidents, what do we do as well, we have water guards like Marshalls at the state owned jetties.

They also ensure that they adhere to safety. We also have emergency numbers for passengers to pass information to us. If they notice anything on the boat, they inform us so that we can know how to support. We urged that they don’t use bad boat when you know it’s faulty. However, there are those who flout the rules and regulations which the hands of the law will always come down hard on them.

How are you able to handle illegal barge operators?

As you know, an illegal barge operator doesn’t only concern the state government alone but also concerns the federal government. For example, their licenses are not gotten from Nigeria Port Authority (NPA).

Recently, I’m sure you’ve seen the NPA and the Lagos State government have come together to ensure that they sanitize and curb current bad operations that is going on around Lagos State.

We now need to streamline illegal barge operator activities. First of all, when you obtain your approval from NPA, you must ensure that the location you are using is fit for use.

There’s also a task force that has just been set up which is now clamping down on illegal barge operators and those who don’t have permits will no longer be allowed to use the water ways.

Considering the issue between Lagos State and NIWA, How have you been able to resolve it?

It’s a family and I’m sure you know what happens within a family. Brother and sisters fight, but at the end of the day, we’ve been able to see that the focus is on safety and improvement of the waterways.

So there’s a committee which is about to start meeting to begin to iron out the issues, of course the major issue is double taxation which a lot of operators have complained about.

We want to harmonize those taxes so that we find out that it’s easy to pay to one purse that both the state and federal government receives their share. Whatever is paid goes back into the system to make sure that we create an enabling environment for both operators to thrive.

We have had our issues and we have been finding ways in as much as it’s been difficult to ensure that the first point of focus must be about safety before the generation of revenue which we have been working on in the last few months. It has been about keeping our waterways safe instead of fighting to get our money from operators.

You just launched a fuel dump on the waterways, can you shield more light on it?

For the longest time possible, the way we’ve been carrying fuel is through kegs which has not been a safe initiative at all. It poses the risk to passengers, even the personnel and those who are carrying kegs to buy petrol and moving kegs here and there.

For us, we need to ensure that we modernize the service which is why we are now making sure that the first fuel dump at Falomo, which is a modern pilot one and  extends it to the Ikorodu environs and also the other environs, so as to ensure that we cover every east west and central part of the state.

This dump now ensures that there’s no more usage of kegs on the boat which is a danger and hazard to water transportation.

It can lead to fire or any dangerous occurrences on our water way. So, with these we have been able to drastically improve the safety level of being able to fuel their boats.

On the issue of wrecks on the water ways, how far have you been able to clear these wrecks?

Wrecks again are a federal and state matter as well because it’s not just entirely for the state. The thing about the wreck is that we have to understand the wrecks and its issues.

Concerning the wrecks, I know that the federal government and the state government have resolved and they’re going to come together to resolve issues around any wreck on the Lagos inland water or anywhere in the country that has not been moved within a stipulated amount of time. You then give the right for the state or federal government to clear the wreak from the water way.

The question now boils down to how to prevent such things from happening, which is were we now setting up a solution to that.

We now put out strong penalties for whoever abandons their vessels or any kind of wreck on the water ways.  So we believe that once this is done, we’ll begin to see fewer wrecks on the waterway.  Very soon. you’re going to begin to see the clearing of the way regularly.

Just about few weeks ago, I know that NIMASA has put out a publication for contractors who are going clear wrecks. I know that Lagos inland waterways is one of the major areas they are looking into.

What is LASWA doing to make sure that we have qualified boat operators?

Not only are we going to certify boat personnel, which is the captain and the deckans, where they would have the license and will receive training, what we are doing  in partnership with the federal government, because it involves both the state and the federal government, as an entity which will partner with a private organization is to ensure that we can have all the boat personnel to become fully licensed.

They will have a personal license which is going to be renewable, and will receive training quarterly or on a six months basis through which we will be able to monitor them and how they’re performing.

We are also going to ensure that all boats are certified like you have the VIS testing center. We are going to have boat inspection centres as well.

On the issue of COVID-19, how far have you gone in making sure that people who are boarding the boat are always complying with the measures put in place?

I initially spoke about safety, safety is something that we do not play with and we will continue to work on it.  COVID -19 has enabled us to further entrench that safety culture into the system. For exampl, you find the boat operators who still sanitize their life jackets and sanitize their boats after use.

Now a lot of the local boats have reduced their number not as the full capacity as they used to.  This is to help as well with safety and we’ve also realized that it helps the longevity of their boats.

COVID-19 has also had an adverse effect on how operations of both operators have come along.  To be honest, I think generally every individual has some kind of responsibility to want to be safe.

So they’re as well as individuals who are using water transportation to adhere to the safety procedure, while the operatives ensures that those procedures are been adhered too and we as a regulators are also monitoring that very closely to see that the procedures are very effective.