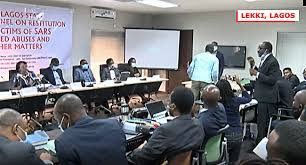 The Lagos State Judicial panel on restitution for victims of SARS related abuses and other matters on Friday commenced further hearing from the Lekki Concession Company. 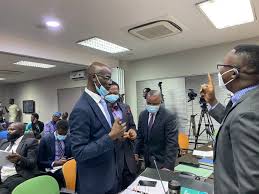 The LCC Managing-Director, Yomi Omomuwasan is being interrogated by the lawyer of the #EndSars protesters, Mr. Adeshina Ogunlana.

The #EndSars lawyer, Mr. Ogunlana requested that the sitting review the entire footage submitted by the LCC MD.

According to Ogunlana, the review is critical to certain discrepancies he wants to point out how the automated surveillance camera recorded before the Lekki October 20 incident and earlier that day. 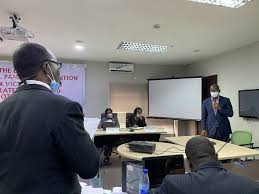 At the time of filing this report, the panel is on recess as panelists retired to make a decision to the request of the #EndSars lawyer.

Other hearing lined up for the judicial panel of inquiry is the hearing between Okpara Nkemakolam Felicia against The Nigerian Police Force, petition number LASG/JPI/08/2020. 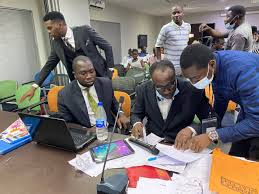