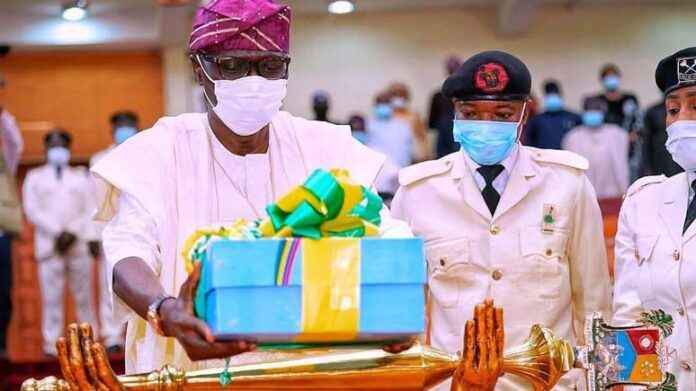 The Lagos State Government on Thursday said it had earmarked N32.76 billion in the 2021 Appropriation Bill for security.

The theme of the meeting was “Lagos Security: Resilience in the Face of Adversity.”

He said that the challenges had tasked government´s resilience and crisis management capacity, but it had remained resolute and risen above the challenges.

According to him, government has been able to contain all major threats to safety and security in the state, and now is in a better position to prevent them in future.

“At the 2021 budget presentation on Nov. 10, I stated that the Lagos State Government will commit N9.16 billion to social protection in order to critically address other contributors to crime such as substance abuse, youth unemployment and poor education.”

Sanwo-Olu said that it was easier to prevent crime than control it, hence, government would embrace a deliberate and determined approach toward crime prevention and the preservation of law and order.

“Nothing will deter us from protecting the lives and property of Lagos residents now and in the future. Safety and security will never be compromised in our state.

“We have taken proactive measures of making the necessary budgetary provision for security.

“We committed N32.76 billion to Public Order and Safety in the 2021 Appropriation Bill, which I presented to the State House of Assembly on Nov. 10.

“We understand the correlation between development and security, the events of the recent past have shown that there can be no meaningful progress and development without security,´´ he said.

According to him, even as the government takes bold actions to secure the state, it is the duty of all residents to ensure that they do nothing to jeopardise the peace, safety, stability and security of the state.

He urged Lagos residents to remain vigilant and report all suspected attempts to disrupt law and order to the appropriate authorities.

Sanwo-Olu assured the people that the government would do more in the areas of intelligence-led policing, improved operational capacity and welfare of the security agencies.

He thanked the private sector for their support for the Lagos State Security Trust Fund (LSSTF).