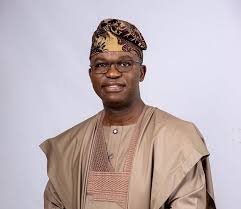 The All Progressives Congress (APC) in Ogun State has urged voters in Lagos East Senatorial District to come out in large numbers to exercise their civic duty and vote overwhelmingly for the APC candidate, Mr. Tokunbo Abiru, in the forthcoming senatorial bye-election fixed for December 5, 2020

In a press statement issued in Abeokuta on Sunday and signed by the Publicity Secretary of APC Caretaker Committee in Ogun State, Tunde Oladunjoye, the party maintained that Mr. Tokunbo Abiru comes with rich, enviable and recommendable credentials and records of meritorious service in public and private establishment.

“He possesses the best credentials and characters among the candidates and is most qualified to occupy the seat of Lagos-East District at the upper chambers of the National Assembly”.

Speaking further, APC remarked that “Lagos East is a strong hold of the progressives for decades, and the seat was last occupied by our illustrious son, Senator Bayo Osinowo, popularly known as “pepperito”.

“We have no doubt that Abiru will continue from where our son stopped as even take it further to greater height. Abiru at the Senate, will not only be of immense benefits to Lagos East Senatorial District and Lagos State as a whole, but also to South West.”

While urging the registered voters of Lagos East to troop out to cast their votes peacefully for “this renowned banker, philanthropist and core progressive, we also advice them to monitor their votes to ensure that their votes count.”