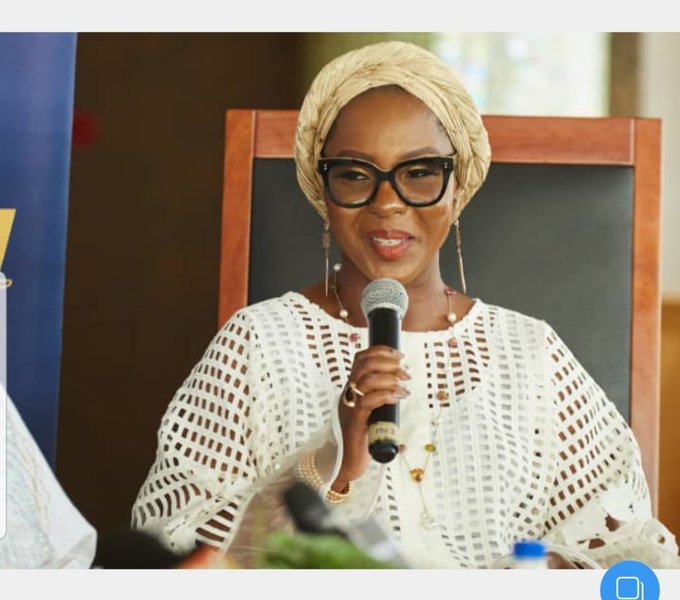 First Lady of Kwara State, Mrs. Olufolake AbdulRazak, has expressed concern over the alarming rise in the number of people with the Sickle cell disease in the state.

She blamed the urgly development on ignorance and nonchalant attitude of parent who are supposed to educate and guide children on the choice of their spouse.

Mrs. AbdulRazak, said this in Omu-Aran, hard quarters of Irepodun Local Government Area of the state, at the flag-off of the awareness campaign on Sickle cell disease for Kwara south Senatorial District of the state.

The programme was at the instance of Ajike People’s Support Center, a pet project of the First Lady.

Mrs. AbdulRazak who spoke through the Commissioner for Women Affairs and Social Development, Mrs. Deborah Abosede Aremun, admonished intending young couples to for genotype test before marrying one another, nothing that the spread of the disease would be greatly curtailed in doing so.

In his own remarks, the Director of Personal Management, of Irepodun Local Government, Barritar Ahmed Babatunde, commended the firsight and untiring efforts of the Ajike People’s Support  Center and it’s donor agencies at bringing succour to the lives of the common people in the state.

Ahmed who said that the campaign was timely and necessary in view of the alarming level of ignorance about the disease among the people, however charged the people of the senatorial district to embrace the campaign and avail themselves of the unique opportunity the center offered to learn about the disease, it’s Management and prevention.

Highlights of the campaign were series of Lectures and health talks by medical personnel as well as Free blood and Oxygen tests.