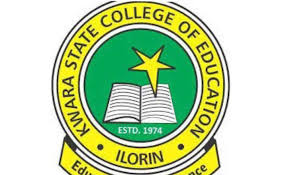 The Kwara State College of Education, Ilorin wants the state government to upgrade the school to University of Education to further produce qualified manpower for the nation.

Provost of the institution, Dr AbdulRaheem Yusuf, disclosed this in an interview with the Newsmen in his office in Ilorin on Friday.

Yusuf said that since the establishment of the institution in 1974, the school had produced good ambassadors representing the country in different areas of development.

“If we can upgrade the College into University of Education, the issue of subvention can be a secondary thing, as more students will enroll into the institution in order to obtain their degree certificate,” he said.

The provost said the school management had made a proposal to the government on the upgrading and strongly believed that it would be approved.

“We are moving forward in terms of development of our staff and that of the students.

“All our staff now are computer proficient and have undergone series of training, because there is need for upgrade,” the provost explained.

Yusuf said that the college had entered partnership with different organisations in terms of entrepreneurship, and the Entrepreneurship Grooming Institute (EGI) is establishing its centre in the institution.

“The establishment of the centre means that the students will be taking more than a certificate, as they will take the NCE certificate and the entrepreneurship certificate

“We are much aware that the future may not depend only on the academic certificate, so we want to build students that will be job creators and not job seekers,” he said.

The provost further said that the college had an International Computer Driver’s License (ICDL).

“Before anybody can be issued the license, that person must undergo training and pass the exam, and all our staff that participated in ICDL training passed

“An ICDL centre will soon be established in the institution, so that the college will be a centre for training,” he said.

Yusuf added that all the college students were made to undergo Google Ambassador Training and the agent of Google recently visited the school to lecture them.

“We believe that with the ICDL and Google Ambassador certificate, the students will graduate as empowered citizens, with whom they will not only be teachers, but a better person in the society,” he said.