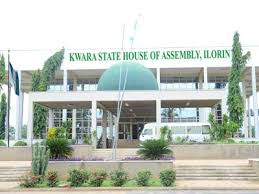 The Kwara House of Assembly on Thursday confirmed the appointment of Mrs. Ramat Suleiman as the new Auditor-General for the Kwara Local Government Service Commission.

The Speaker, Mr. Yakubu Danladi announced the confirmation of the appointee immediately after her screening which lasted less than an hour.

He urged the newly appointed Auditor-General to work with sincerity to change the narrative in the third tier of government.

Danladi advised her to leave a good legacy to consolidate on the long years of service and make the women folks proud.

The Speaker thereafter directed the Clerk, of the House, Hajia Halimat Kperogi, to communicate the confirmation of Mrs. Ramat Suleiman to Gov. Abdulrahman Abdulrazaq.

The new Auditor-General identified lack of funds, obsolete utility vehicles, lack of information communication technology tools as some of the challenges impeding development of local government councils in the state.

Mrs. Ramat Suleiman, who is from Ilorin West Local Government Area of Kwara is a graduate of Accounting from Kwara Polytechnic.

She also acquired a degree of Master of Business Administration from Adekunle Ajasin University and joined the Local Government Service Commission in 1999.