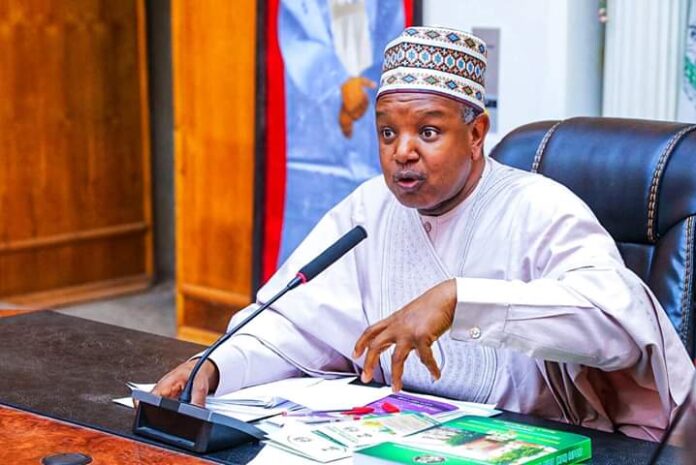 The Kebbi State Government has promised to provide agricultural inputs as palliatives to enable victims of recent flooding to recoup some of their losses.

Dakingari recounted that the flood-damaged the physical infrastructures like houses, schools and farmlands.

He said the government was assisting the affected farmers to limit the impact of the flooding and working to reintegrate them back to their farmland.

He said that Gov. Bagudu had continued to visit places affected by the severe flood that destroyed farmlands, crops, animals and houses.

The CPS said inputs procured for distribution include fertilisers, sprayers and agro-chemicals as well as seedlings of rice, sorghum, millet, maize and sesame, among others.

He also hinted that there will also be loan disbursement through relevant associations or clusters group.

Dakangari, however, warned farmers should not sell the agricultural inputs that would be given to them.

Rather, he said, they should go back into farming and cultivate lands to ensure bumper yields for food security.

Newsmen report that the governor, during his visit, also addressed displaced persons, traders and boat operators at Dole-Kaina riverbank, a border community neighbouring Republics of Niger and Benin.

Bagudu assured the affected farmers, who took loans to cultivate crops but now destroyed by the flood, that their loan repayment period would be extended.

He also pledged to provide resettlement assistance to those displaced by the flood.

The Speaker of the State House of Assembly, Alhaji Sama’ila Abdulmumini-Kamba who led the governor to some of the villages, recounted the severe damages caused by the flooding the areas.

In their separate remarks, the village heads of the affected communities commended the governor for the kind gesture extended to the flood victims.

They expressed appreciation to the state government for opening up the area with good road, urging the governor to extend the road network to Aljannare.

COVID-19: Many would have died without journalists — Prof. Dakas

Gov. Nyesom Wike has done very well in all facets of development in Rivers State —PDP...