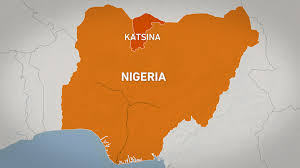 The Katsina State Command of the Nigeria Security and Civil Defence Corps (NSCDC), says it received 795 criminal and civil cases between January and August.

The command Public Relations Officer, ASC Mohammed Tukur-Abdara disclosed this in a statement made available to newsmen on Tuesday in Katsina.

Tukur-Abdara said that out of the 795 csses, 418 were criminal cases while 377 were civil in nature.

He said that the criminal cases were related to theft, drug abuse and trafficking, rape, vandalism, unnatural offence and trespass.

Others were smuggling of petroleum products, assault, prostitution, fraud and impersonation.

According to him, 340 suspects were arrested in connection with the offences, and 34 convictions secured during the period under review.

He noted that the remaining cases were either under investigation or at various prosecution stages at Federal and State High Courts.

The command spokesman said that 280 out of the 377 civil cases were resolved through the command’s Alternative Dispute Resolution (ADR) mechanism, while the remaining cases were at various stages of mediation and reconciliation.

He explained that the civil cases were mainly on indebtedness, misunderstanding, land related matters, farmers and herdsmen conflict and domestic dispute.

“On indebtedness, about 215 cases were received with monies totalling N7.5 million, out of which, N4.4 million was successfully recovered and handed over to the rightful owners.

“That was achieved through the command’s Peace and Conflict Resolution Unit at the state headquarters and the 34 Divisional Offices,” he said.

He assured the readiness of the command under the leadership of its commandant, Mr Mohammed Sirajo-Gusau to continue to tackle all forms of crimes in the state.

Tukur-Abdara urged the public to continue to provide the command and other security agents with useful information to help effectively fight all forms of crimes in the state.