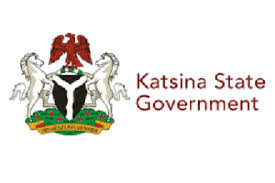 The Special Adviser to Gov. Aminu Masari on Girl Child Education and Child Development, Hajiya Amina Lawal-Dauda, made the disclosure during  a news conference on Thursday in Katsina.

She said the programme was aimed at enrolling young girls from rural poor families to pursue National Certificate on Education (NCE) at Isah Kaita College of Education, Dutsinma.

Lawal-Dauda said that after their graduation, the girls would return to their respective communities and teach.

According to her, that would assist in addressing the issue of inadequate female teachers in primary schools in the state.

She revealed that the funds were being given to the beneficiaries from the inception of the administration to date.

The Special Adviser explained that the beneficiaries were girls with five credits and above from the 34 local government areas of the state.

She said that each girl was given N50,000 as scholarship annually.

Lawal-Dauda said that the girls would serve as role model, thereby assist to increase girls’ enrollment.

She added that the scheme also serve as poverty reduction mechanism and help to enhance economic activities in rural communities in the state.

The special adviser further said that the government had expended N19.5 million to support 3,610 orphans and other vulnerable children during COVID-19 lockdown.

She also said that the department had undertaken advocacy visits to stakeholders on how to address rampant cases of rape in the state.

Lawal-Dauda said that the department train girls on home management before marriage as part of measures to reduce rampant cases of divorces.

She added that girls were being trained on skills acquisition to make them self-reliant while in their matrimonial homes.