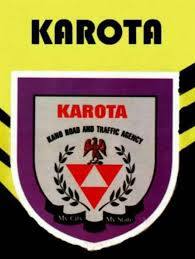 The Kano State Road and Traffic Agency (KAROTA) has registered 46,169 tricycle operators in the state, its Managing Director, Baffa Dan-Agundi, said on Thursday.

Dan-Agundi told newsmen that the tricyclist operators were registered in the 44 local government areas of the state.

He disclosed that 46,169 out of the 60,000 tricycle operators who applied for the registration were granted permit to operate in the state.

The manager said that the state had also ordered the registered tricyclists to install trackers on their machines to ensure effective monitoring and curb crimes.

Dan-Agundi said: “The law establishing the Agency requires commercial vehicle or tricycle operators to obtain permit at the rate of N8,000 before they are allowed to operate in the state.

“There are about 60,000 tricycle operators who registered in our website but only 46,169 have paid fully for the permit.

“The tracker will capture the bio-data of particular tricycle operator so that whenever and wherever a crime is committed it could be track.”

According to him, the Agency sensitises the tricycle operators on how the tracker operate and educate them on traffic regulations, adding that the trackers were provided free by the state government.

“The tracker is free, the tricyclists only paid for the permit to enable them operate in the state, the registration is still ongoing.

“The Agency provided over 45,000 trackers to the tricycle operators union for distribution to its members, ” he said.

The Manager said that the Agency would soon embarked on inpsection exercise to clamp down on the operators who refused to register and obtain the permit.

Dan-Agundi added that tricycle operators were expected to pay N100 tax daily, which cumulatively amount to N36,000 at the end of the year.

“The state government is not imposing payment of the tax on tricycle operators due to the COVID-19 pandemic.”

Dan-Agundi urged the tricycle operatirs to pay their tax between now and December, warning that the Agency would enforce compliance by Jan. 1, 2021.