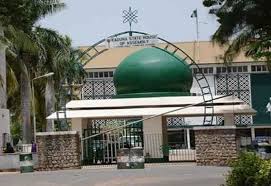 The Kaduna State Ministry of Human Services and Social Development and the House of Assembly have engaged themselves in a tango over the ministry’s capital budget for 2021.

While the ministry claims that the House removed votes for its capital projects in the approved 2021 budget, the legislature states that it did not do any such thing, but only worked on what the Executive presented to the House,

The ministry had proposed to spend N878.5 million on various intervention projects in the incoming year.

They include that for Vesico Vaginal Fistula intervention, N20 million; child protection services N83.2 million, and upgrading of a children and women centre, N23.5 million.

Others are support and assistance for the completion of 23 community self-help projects at N24.4 million; establishment of Kaduna State Youth Parliament, N21.9 million and intervention on Sexual Assault Referral Centres, N18.8 million.

There is also the N476.6 million being 1 per cent Internally Generated Revenue earmarked for Social Protection Programmes.

The commissioner in the ministry, Hajiya Hafsat Baba, who confirmed the removal of the capital vote, told the Newsmen that she did not know why the House moved the ministry’s capital budget to other ministries, departments and agencies that had no mandate on the intervention projects.

“I really do not know why the Assembly did that, but I learned that the members of the assembly have said that I am disrespecting them. This is not true.

“There was also the issue with the 774,000 Federal Government Public Works jobs, which I was accused of not giving the members additional slots, more than what I was directed to give them.

“The committee for the programme which I chaired, allocated 30 slots each to the Principal Officers of the House while each member got 25 slots,’’ she said.

The commissioner explained that the mandate of the ministry was to look after children, women, and youths and that removing its budget and spreading same to other agencies was irrational.

“I think they need to have a rethink and look at the issues objectively.

“If they have any grudge against me as an individual, it should not affect the good people of Kaduna State, particularly the vulnerable groups the ministry is catering for,’’ she added.

Mohammed told Newsmen that what the Assembly did was to either increase or reduce a budgetary allocation and not move entire budgets to other Ministries, Departments and Agencies (MDAs).

“We will not deny any ministry the needed funds to execute its capital projects; that is not our job. The budget that was handed over to us by the Executive is what we worked on.

“There were no capital allocation for the ministry in the budget document that was handed over to us and we worked with what we were given.

“Besides, she was not even at the budget defence for us to look at her budget,’’ he said.

Mohammed also denied knowledge of any disagreement between the legislators and the commissioner over slots for Federal Government’s 774,000 Public Works programme.

He, however, accused the commissioner of being disrespectful to members of Assembly.

In her part remarks, Mrs Comfort Anwe, a member of the Assembly who chairs the committee overseeing the ministry, told NAN that she was not aware that the capital allocation of the ministry was moved to other MDAs.

Another stakeholder, Mr Emmanuel Bonet, Executive Director, Aid Foundation, a non-governmental agency, said in a statement issued on Thursday in Kaduna that the development was unfortunate.

Bonet, who is also Co-Chair, Open Budget, Open Government Partnership in the state, argued that some of the MDAs to where the allocation for the Human Services ministry were moved did not have the mandate to implement such interventions.

“This is a gross contravention of the law that the Kaduna State House of Assembly itself passed restricting MDAs to only their mandates and approved work-plans.

“I am afraid that this development will cause a serious setback in the implementation of the 2021 budget in Kaduna State.

“Could this be a typing or formatting error? I do not want to believe this is deliberate.

“One could assume it is deliberately done to sabotage government’s efforts or a personal vendetta being carried-out against the leadership of the ministry,’’ he said.

Confirming Bonet’s claim, the budget document obtained by NAN shows that the ministry’s capital allocations for 2021 have been moved to other MDAs.

The document showed that the N200 million Kaduna State Women Empowerment Fund, under the mandate of the ministry was moved to the Planning and Budget Commission.

It also showed that the N10 million earmarked for Creative Arts and Culture under the ministry was moved to the Ministry of Business, Innovation and Technology.

The approved budget document equally showed that all the remaining budgetary allocation for capital interventions in the ministry had been moved to the Kaduna State Community and Social Development Agency.