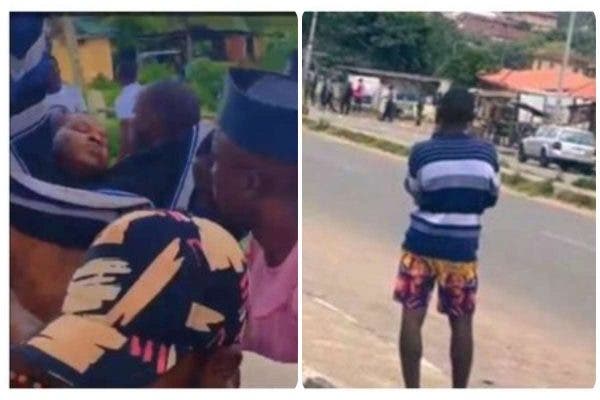 Family of late Jimoh Isaq have written a petition to the Inspector General of Police(IGP),Mohammed Adamu to demand an investigation into the events that resulted in his death.

This was disclosed in  aletter issued yesterday to the IGP by the legal representatives of Jimoh’s family,Hussein Afolabi & associates.

In the letter titled “INVESTIGATION INTO THE MURDER OF ISIAQ JIMOH OF OGIRI COMPOUND,ITA ALASA,OGBOMOSHO BY MEN OF THE NIGERIA POLICE FORCE OWODE DIVISION,OGBOMOSHO,OYO STATE”,

The family also demanded that the IGP suspends the current Commissioner of Police,the Area commander,DPO of the area and divisions in question as well as officer smart and officer Ayeni.

Jimoh Isihaq, a bystander was shot and killed in Ogbomoso in Oyo State, southwest Nigeria, on Saturday by suspected policemen dispersing #EndSARS protesters.

Pictures shared on Twitter showed him standing by the roadside, many metres away from the policemen and unarmed.

Earlier, the Oyo State Police Command denied reports that the police allegedly shot and killed one of the protesters of ENDSARS protest in Ogbomoso on Saturday.

The Commissioner of Police in the state, Mr Nwachukwu Enwonwu, made the clarification, in a statement signed by the command’s Public Relations Officer, SP Fadeyi Gbenga stating that the Police did not fire a shot or kill any protester as widely circulated as the CP in his earlier press release, had sought for collaborations of parents/guardian, religious and community leaders, leaders of thought to wade in and appeal to the angry youths to exercise patience, give the Police Command some time to properly reform SARS.