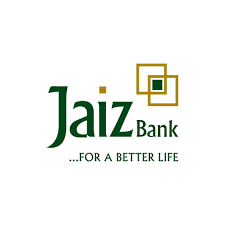 The proposed structure will afford the bank the opportunity to penetrate into other related areas like Pension, Asset Management etc. The approval was secured on August 16, 2022, at the Bank’s 10th Annual General Meeting in Abuja.

Islamic, non-interest banking is a model of financing of partnering and sharing risks and returns, irrespective of partners’ faith/religion, tribe, etc. Over the past 10 years, the bank has grown from 3 branches to over 45 branches nationwide; growing its balance sheet from N12 billion to over N300 billion as at June 30, 2022. Over these years, the Bank has consistently delivered remarkable results to reaffirm this continuous growth trajectory as one of the most profitable banks in Nigeria.

However, shareholders’ fund dipped moderately to N24.235 billion due to a decline in other reserves from N24.305 billion six months ago.

Reacting to the earnings beat in the first six months result, equities investors took a higher position which saw the share price repricing.

As a result, Jaiz Bank’s stock market valuation inched higher by 20.27 per cent to about N30.74 billion on Friday, August 19, 2022. The bank has a better YtD gain. It started the year with a share price of N0.56 and thus has since gained 58.9 per cent, ranking it 16th on the NGX in terms of year-to-date performance.

The global rating firm also upgraded the Bank’s National Long-Term Rating to ‘BBB+ (nga)’ from ‘BBB (nga)’. The rating agency explained that Jaiz Bank’s IDRs are driven by its standalone creditworthiness, as expressed by its VR of ‘b-,’ which reflects the concentration of the bank’s operations within Nigeria’s challenging operating environment, small but evolving franchise.

Similarly, the bank was awarded the most-improved Islamic Bank in the world by the United Kingdom-based GIFA for the second year in a row.

Following its strong performance over the years, the bank believes and is optimistic that it will continue to make progress in the coming years.

“The future looks bright; the macroeconomic indices are projected to have an uptick as most of the economies have rebounded except some few.

“As for the bank, we will remain resolute in providing our customers better services in an efficient and delightful manner. Our digital roadmap will be judiciously executed in order to simplify our processes and engender employees’ productivity while optimizing shareholders’ return,” the Chairman said.

The bank’s expansion strategy is coming at the right time, especially with fresh moves by competing banks to increase their market share as rival peer TAJ Bank has indicated interest in a national banking licence, Lotus and Sterling Banks are developing their non-interest banking offerings.

There is a need for expansion, but the method of funding is paramount. According to Fitch, “A downgrade of the VR and Long-Term IDR would result from the impaired loans ratio exceeding 15% and aggressive growth that led to weakened profitability and significant erosion of capital buffers to levels close to the bank’s 10% regulatory requirement,” while, “An upgrade of Jaiz Bank’s VR and Long-Term IDR would require a sovereign upgrade and improvement in operating environment conditions, a strengthening of the bank’s franchise, as indicated by increased market shares, combined with a moderation of financing growth and impaired financing generation.”

The Bank has proposed a mixture of Equity and issuance of Sukuk to fund its business expansion. It is pertinent that a comparative cost-benefit analysis is done. The bank’s total equity as of June 30, 2022, is low compared to the total asset, which is just 7.74%.