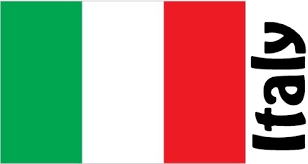 Italy extended their unbeaten run to 19 games with a 1-1 draw at home to the Netherlands on Wednesday, although they were knocked off the top of their European Nations League group in the process.

Lorenzo Pellegrini put Italy ahead in the 16th minute of an entertaining game, but Donny van de Beek levelled nine minutes later as the Dutch ended a run of three games without scoring.

Italy, with six points from four games, were overtaken at the top of League A Group One by Poland who beat Bosnia 3-0 for their seven points. The Dutch are third with five.

However, that did not bother Italy’s coach Roberto Mancini, who boasted “We’ll win the last two games and we’ll qualify.”

The match was staged in Bergamo, where Italy last played in 2006, as a tribute to the northern city which was at the epicentre this year of the coronavirus outbreak in Italy.

The hosts, who have won 14 games and drawn five since their defeat in Portugal in September 2018, went ahead with their first real attack.

Nicolo Barella’s diagonal crossfield pass found Pellegrini who collected the ball in his stride and clipped his shot past Jasper Cillessen.

Barella, who has flourished under Mancini’s leadership, was again Italy’s top player as he repeatedly opened up the Dutch defence.

Italy threatened from a similar move but, just as they seemed to be getting on top, the Dutch equalised.

Frenkie de Jong broke down the left and crossed, Memphis Depay’s shot was blocked and Van de Beek reacted quickly to fire the rebound into the top of the net.

The game could have gone either way in an end-to-end second half but neither side could put the finishing touch to their approach work.

Italy goalkeeper Gianluigi Donnarumma saved his side with an excellent block from Depay.

At the other end, Hans Hateboer lost the ball to Ciro Immobile who had only Cillessen to beat but his shot was too close to the Dutch goalkeeper.

That summed up a frustrating night for Immobile, Serie A’s top scorer last season, who missed a similar chance in the first half.