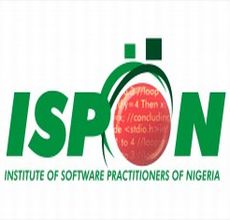 The Institute of Software Practitioners of Nigeria (ISPON) has aligned with the peaceful, lawful #ENDSARS protests, calling for software developer protection in Nigeria.

The Institute in a statement said that the protest should be seen not only as a call to the end of the notorious Special Armed-Robbery Squad (SARS) unit but also an opportunity to work with the Nigeria Police Force on much-needed reform to reorient, incentivise and discipline the Force in its function as a protector of its people, carrying out its duties with wisdom and dignity; “a force that our young people will not despise or look upon with trepidation but honour and respect.”

The statement signed by the Administrative Secretary, ISPON, Paul Uzoechina reads “ISPON will work with the Government and the Nigeria Police to better understand their challenges in effective policing in the Digital Age and together, #SayYestoCoders who are the nation’s hope for a 21st century technology-driven economy.

“The devices that are used to profile the youth as fraudsters are devices that form the basic work tools of our industry. We find it baffling and unconscionable that the young coders and creatives we should be celebrating and encouraging are the ones that are being hounded and brutalised.

“All over the world, it is recognized that development in the 21st century is disproportionately influenced by the power of information and communication technology (ICT).

“The world’s greatest and most powerful countries are today, not only industrialised, but more importantly, they are leaders in the development, use and commercialization of technology.

“While the SARS operatives may see technology in terms of communications and devices like handsets, tablets and computers, the reality is that it is the software that run on these equipments that are the ‘brainboxes’ controlling and delivering how the value that we derive from them.

“Nigeria cannot become a player in the global economy unless it accelerates the growth of the human capital and propagation of software adoption and use exponentially.”