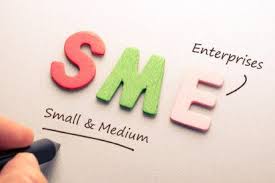 To address unemployment in the country, a business consultant, Mr. Nerus Ekezie, has urged the Federal Government to intensify investment in Small and Medium Enterprises (SMEs) and industrial sector.

Ekezie, who is a former Director of the National Association of Small and Medium Enterprises (NASME), made the call in an interview with the News men in Lagos on Wednesday.

“The federal government should intensify investments in the SME sector in order to get the young ones occupied.

“Empowering the teeming youths through SMEs could curb most societal unrest.

“It will ensure the youths contribute more to national development because of their significant number to the country’s demography,” he said

Recall that the Federal Government, through the Economic Sustainability Committee, had announced specific programmes aimed at cushioning the impact of COVID-19 on MSME businesses.

Through the Nigeria Economic Sustainability Plan (NESP), the government has put in place the National MSME Survival Fund and the Guaranteed Off-take Schemes.

Both schemes are at the core of the N2.3 trillion stimulus package also known as the NESP being implemented by the Federal Government.

It is borne out of the Federal Government’s commitment to help cushion the impact of the COVID-19 pandemic on the economy by saving existing jobs and creating new job opportunities.

Initiatives under the project include the Artisans and Transport Grants under which electricians, mechanics, plumbers, painters, taxi drivers and other artisans are being empowered with grants.

Meanwhile, Ekezie also urged the federal government to invest more in agriculture for the youths to harness the sector’s value chains.

He also suggested that government should boost the nation’s industrial output, due to the sector’s importance to development.

“Enhancing the industrial sector will develop the economy and accelerate job openings.

“The issues of agitations among young people in recent times will subside in no distant future,” he said.

It was reported that PricewaterhouseCoopers says Nigeria’s unemployment rate may rise to  30 per cent by the last quarter of  2020 amid slow economic growth.

Analysts at PwC led by the Partner and Chief Economist, Dr Andrew Nevin, noted that an estimated real Gross Domestic Product of about N280,000 was required to absorb a single employed person from Q2 2020 to Q4 2020 due to the economic effects of COVID­-19

Customs strike force Zone A generates over N3bn in 11 months