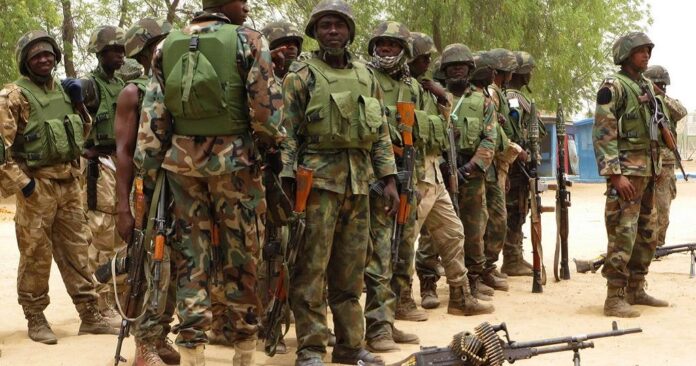 The effrontery of terrorists in Nigeria is by and large taking a flagrant show of assaults on the Country as a Federal Republic. The reality of the present time appears to a large extent that  the posture of the Federal Government that it has overpowered the scourge of insurgency particularly in Northeastern Nigeria, is merely an illusion. Last Friday, it became more glaring that such mouth-making is baseless when Boko-haram insurgents for the second time, in barely two months, launched another attack on the convoy of the Governor of Borno State, Prof Babagana Zulum. The most recent attack appears more deadly, as it claimed the lives of no less than 30 persons as reported. It would be recalled that there were mixed reactions following the attack on the Governor’s convoy, late July,  in the volatile town of Baga while on an assessment visit to the town to see how displaced residents will return back to their home. At that particular event, the Governor had to be whisked away into the Federal Anti-Robbery Squad (FSARS) armoured carrier vehicles to sneak out of the town. He had later berated the Army for the attack, accusing them of “a complete sabotage.” His words then had read: “As far as I am concern, what happened in Baga is complete sabotage by the military. There is no Boko Haram in Baga. I wondered, we have over 1181 soldiers in Baga, 72 officers, 107 soldiers, 400 soldiers in mile 4 and 1900 soldiers in Monguno, I see no reason why only 5 Boko Haram will stop them from occupying Baga town.”

Unfortunately, the former attack appears to be a child’s play when compared to the most recent one last Friday. The recent attack blatantly shows that the terrorists are really in for business. Their claim on taking over power from the Government is becoming a rooted threat which the current disposition of the Government of the day is too low to subdue. As at Saturday, it was reported that the death toll from the Boko-haram attack on the Governor’s convoy had risen to 30.   Reports of the recent attack had revealed that the governor was said to have left Maiduguri with security operatives including armed soldiers, police officers and operatives of the Civilian-JTF, some of who lost their lives to the ugly ambush.

In his response to the attack,  President Muhammadu Buhari on Saturday, had described the ambush  on the Governor Zulum’s convoy along the Maiduguri-Baga route as an orchestrated sabotage against the long-planned return of displaced persons to their local communities. In a statement by his Senior Special Assistant on Media and Publicity, Garba Shehu, titled “President Buhari condemns attack on Governor Zulum’s convoy, mourns security men,” President Buhari was quoted: “President Buhari notes, with deep sympathy, the loss of lives of security men on the convoy, ahead of the return of Internally Displaced Persons, commiserating with their families and loved ones. The President advises the government of Borno State, working with security and intelligence agencies, to remain firm in their determination to restore normalcy to all communities liberated from Boko Haram terrorists. President Buhari urges security and intelligence agencies to intensify efforts to check sabotage, sanitize the roads, venues and locations well in advance of returning IDPs, while working closely with local communities.”

In his response to the newest attack, Governor Zulum had described the prevailing situation facing his State (Borno) as “a tough one,” stating that the choice is either to face it with hope or give up to Boko-haram insurgents, whose ultimate wish is “to take over the state and bring it under a sovereign brutal administration.” A statement on his (Governor Zulum) behalf by his spokesman, Mallam Isa Gusau, on Saturday Governor Zulum had read in part:  “Governor Babagana Umara Zulum is saddened by this unfortunate carnage. He shares the grief of families of these 11 priceless heroes to whom Borno shall remain grateful. The governor prays for the repose of their souls and urges all stakeholders to remain committed to ongoing peacebuilding efforts. Zulum is of the opinion that we must continue to keep hope alive even in the face of tribulations and believe that with sustained efforts and prayers, Borno will eventually regain peace. The situation facing us is a tough one but we must choose between doing something which gives us some hope and doing nothing which will leave us more vulnerable to Boko Haram’s ultimate wish to takeover Borno and bring it under their sovereign brutal administration.”

In reaction, former Nigerian Vice President and Peoples Democratic  Party’s (PDP) candidate for the 2019 General election, Atiku Abubakar, had called for a decisive change of Security strategies in the fight against the Boko-haram insurgency. On his Twitter page on Saturday, Atiku had said: “The attack on Governor Zulum in which over a dozen security operatives were killed between Monguno and Baga should be a source of concern, not only because it is the second time such an attack is taking place in recent times, but because the Borno governor is not a soft target. This attack is yet another reminder that we need to adopt new strategies to deal with the menace of insurgency decisively.”

Governors of the ruling All Progressives Congress (APC) under the aegis of Progressive Governors’ Forum (PGF) had in reaction described the attack as a calculated attempt aimed at distracting the government from ensuring that life return to normal in Borno State. The Governors under the forum, consequently had called on the Federal Government to immediately provide more logistic support for security agencies to ensure a return to normalcy in the state and the entire northeast. A statement by the Chairman of the PGF and Governor of Kebbi State, Abubakar Atiku Bagudu released on Sunday had read: “As Progressive Governors, we are saddened by this dastardly attack, which has resulted in the unfortunate death of precious lives of security personnel and innocent citizens. In this painful period, Nigerians should be strengthened by the determination of Governor Zulum to expedite peacebuilding process in Borno State and indeed the whole of North East. All Nigerians should rise in support of the laudable initiatives of Borno State Government to return citizens in the State back to normal life. We must rise in support of the people and government of Borno State to end all activities of Boko Haram insurgents, which promote trade and tax administration that fund their heinous activities. Clearly, the strategies and tactics currently adopted by Borno State and security agencies are very effective and the attack of Saturday, September 26, 2020, on the two convoys by the Boko Haram insurgents is to distract the government from ensuring that life return to normal in Borno State. While we commiserate with the Government and people of Borno State, we call on the Federal Government to immediately provide more logistical support to security agencies deployed to Borno state to ensure a speedy return to normal life in Borno State and the whole of North East.”

It is noteworthy that the Government, particularly the Federal, begin to perceive the threat of insurgency as a threat against the continuity of Nigeria as a whole Federal Repulic. The expansion mission of the Boko-haram/ISWAP terrorists is a potent threat that if the Government do not rise from its slumber, portends grave consequences against the whole Federation. The connectivity of these insurgents among other terror groups launching assaults across the Country, is a ravaging networking-force that has been premising the atmosphere of disturbances with attendant effects on the entire Federation.

The prevailing situation apparently holds a pictorial representation of poor coordination and confused battle strategies. The prevailing situation against the claim of the government, is not the best that can be offered and achieved against the terrorists’ onslaught on the Federation. It is high-time, the government awoke from its illusion and reorganized the battle against the Boko-haram/ISWAP terrorists, among other insurgent groups in the Country. The need to develop new strategies of operations against these diabolical and mischievous elements cannot be over-emphasized.

It is essential for the Government to consider an overhauling change in strategies to avoid continuous efforts and expenditure of resources in futility. As resources are becoming more scarce, it is significant that the Government not squander the meagre revenue accruing to its pulse on battles that are anchored on falling strategies. The clusters of challenges, particularly socio-economic, confronting the Federation require huge investments on progressive projects, necessary for growth and development. It is therefore counterproductive and an array of draw-backs, if efforts and resources are wasted on fighting wars premised on unworkable patterns of war operations. The government should awake to this reality to correct and modify foundational formations of the war against terrorism in the Country.

As more warnings of infiltration of terrorist groups into other parts of Nigeria have become rife, it is essential that the Government treat as urgent, the need to address the challenge of the Country’s porous borders. It is high time efforts were mustered to tighten security at the borders and frontiers of the Country. Clamping down on the horrors of insurgency in the Country is alarming. No luxury should be spared in cutting off insurgent webs and frustrating the existence of all terror-networks in the Country.