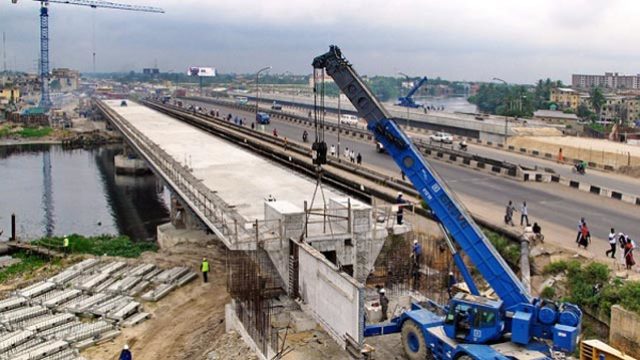 The Senate on Tuesday approved the request by President Muhammadu Buhari for a refund of N148.1 billion to Rivers, Bayelsa, Cross River, Osun and Ondo State Governments for projects executed on behalf of the Federal Government. According to information gathered,  states like Cross River, Rivers, Bayelsa and Ondo States embarked on the highway projects execution as far back as 2005 to date.The approval was sequel to the consideration of a report by the Committee on Local and Foreign Debts Chaired by Senator Clifford Ordia (PDP – Edo Central).  In his presentation, Ordia stated that most of the Federal highways in the beneficiary states where said projects were executed “were at a deplorable state before the intervention of the state governments.”  According to him, “series of visits were carried out by the Federal Ministry of Works and Housing on all Federal Roads completed by the States and ascertained that the quality of work done met the required standard.” He added that while the State Governments have completed all projects, as well as paid all contractors, the Federal Bureau of Procurement on its part certified that due process was followed accordingly.

The sour state of several Federal roads  in States across the Federation is a pure reflection of the fact that the Federal Government is overburdened by affairs beyond its reach. It is therefore essential for the Federal Government to work on better modalities to devise standards of relativity on how best to address the stalemate over the execution right of projects and infrastructural development. The sensitivity of several infrastructural projects which have been lying in comatose against the economy, demands that better modalities be considered to craft out workable patterns of decentralised lines of executions to fix them up for boosting economic activities.

The need to fix key infrastructures with strong bearings to fostering economic activities is paramount. As the Country continues to yearn alarmingly for attention to draw the economy out of recession, it is important that the Federal Government restrategise how  decentralised modalities of fairness devoid of foul play from either levels of Governments, can be established and adopted to address the prevailing infrastructure deficit, weakening economic activities in the Country. The crumbling of the potential of critical sectors, such as agriculture demands drastic attention which requires fixing and developing key infrastructures as roads, water system for irrigation, and  storage facilities, among other infrastructural architectures essential to the agricultural production line.

It is therefore demanding that the Federal and State Governments work harmiously in the best interest of the Country in line with the yearnings of the prevailing conditions, to see to better considerations of patterns to deal with the huge deficit in infrastructures which have been rendering business environment in the Country hostile and undesirable. While the Federal Government may have its reasons for the recent resolve not to reimburse State Governments for projects henceforth executed on its behalf, it is however important to state that better modalities can be devised to enable decentralised processes and patterns through which key projects in emergency conditions can be resolved to avoid crumbling of socio-economic activities, particularly in relative lines of significance which the overburdened sphere of the Federal Government’s scheme of works may largely lag behind for optimum attention.

COVID-19: Stemming down a second wave with decisive move on risk factors