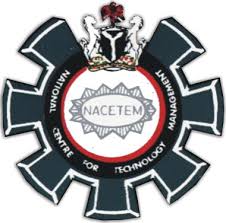 The National Centre for Technology Management (NACETEM), an Agency of the Federal Ministry of Science and Technology, has disclosed that lack of access to modern technology and internet connectivity are the greatest obstacles to innovation in the informal sector in Nigeria.

The agency, at a workshop organised at its headquarters at Obafemi Awolowo University, Ile-Ife on Thursday noted that factors which necessitated the informal sector are high barriers to enter the formal sector, limited capacity of the formal sector to absorb surplus-labour, high rate of unemployment, among others.

According to the agency, “The informal sector accounts for around seven out of every ten active businesses in Nigeria and employs eighty percent of all persons working in the private sector. According to statistics from the International Monetary Fund, the sector contributes about sixty-five percent to Nigeria’s GDP in 2017.

“These have prompted extensive competition in the informal sector which has created the necessity for each enterprise to improve or change the way they do business.”

The Director-General, Engineer Professor Okechukwu Ukwuoma, represented by the Director, HR, Akin Olawale, submitted that the significant role played by innovation in economic growth led the Agency to commence the survey of measuring innovation in the informal sector of the Nigerian economy.

In his words, “Innovation occurs when an enterprise makes changes in what it does or how it does it.

“Hence, when businesses innovate, they become more profitable thereby creating jobs and increasing the productivity of the business and country at large.”

Olawale announced that before the end of the year, the agency will commence the national survey on innovation in the informal sector.

He said, “The survey, which will be conducted from time to time, will assist the government in the development of innovation indicators which will be used to assess the performance of the sector and formulate policies that can stimulate innovation in the sector, thereby enhancing the productivity, job and wealth creation at the grassroots.”

It was gathered that NACETEM has been carrying out a survey of innovation in the formal sector since 2008, but this is the first time it is being done in the informal sector.

Also, Nigeria is the second African country that has started to systematically track innovation in its informal sector.

At the dissemination workshop, the stakeholders explained the approach adopted in carrying out the survey.

Questionnaires tailored towards the informal sector were developed by the Centre for Science, Technology and Innovation Indicators (CeSTII) in South Africa.

A total of one thousand five hundred enterprises were selected from each of three cities across three geo-political zones of the country: Abuja (North Central), Ile-Ife (South West), and Enugu (South East).

The enterprises were spread across three major sub-sectors namely, agriculture, manufacturing, and services.

LAUTECH: Makinde lauds Oyetola for playing the role of a statesman