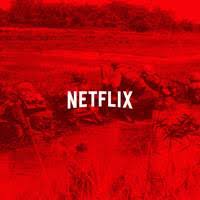 Ben Amadasun, Netflix’s Director of Licensing and Co-productions in Africa said in a statement on Wednesday, that the entertainment outfit planned to do this by promoting “Naija to the world’’ story collection.

Amadasun said that the collection was a curated content collection that highlights Nigerian storytellers and talent who have elevated the country’s creative industry recognition around the world.

He said the collection, which can be found on the website, netflix.com/naijatotheworld will be available globally.

He added that the collection featured over 90 Nigerian films and series starring some of Nigeria’s most prolific talents both behind and in front of the camera.

“The titles have been curated into various rows to make it easy for members to discover stories that suit whatever mood they are in.

Amadasun added that Netflix was in a vantage position to effectively showcase the Nigerian experience around the globe.“As the world’s leading entertainment service, Netflix is in a unique position to showcase local talent and stories made by Nigerians to members around the world in 190 countries.

“Nigerian storytellers have long been successful in telling great stories, and these stories are now travelling far beyond Africa and are loved by audiences in different parts of the world.

“We are excited to bring this curated collection that will allow our members around the world to celebrate Nigerian storytellers and talent,’’ he said.

He listed some of the exciting contents on the collection as, `The Making of Nigeria,’’ a new docu-series from Nigeria-based Quramo Productions, to be aired on Oct.1.

“The seven-part docu-series will take Netflix members on a journey of Nigeria’s history from colonisation, its part in world history and its march to independence.

“Another new title making its global premiere on the service on Oct. 2 is Òlòtūré from Mo Abudu’s EbonyLife studios.

“It tells the story of a young female journalist who goes undercover as a prostitute to expose a human trafficking syndicate.

“What she finds is a world of exploited women and ruthless violence.

Newsmen  reports that Netflix is the world’s leading internet entertainment service with over 193 million paid memberships in over 190 countries.