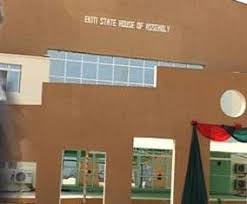 Mr Funminiyi Afuye, Speaker, Ekiti House of Assembly, has tasked Nigerians to stay united as one indivisible entity for the common good of all.

In a message to congratulate Nigerians on the country’s 60th Independence Anniversary and the people of the state on the state’s 24th Anniversary, Afuye said that the vision of the country’s founding fathers must be sustained.

“Nigeria needs the cooperation of everyone to sustain the developments achieved so far since our nascent democracy.

“Our forefathers struggled hard to have one Nigeria and we should also unite for the good of the people.”

“There is no doubt that Nigerians are passing through hard times, but with patience and tolerance, things shall get better,” the statement issued on Thursday in Ado Ekiti by Tai Oguntayo, a media aide to the Speaker, quoted Afuye as saying.

He enjoined Ekiti people to support the administration of Gov. Kayode Fayemi, who he said “is trying his best to restore Ekiti integrity and revamp our battered economy.”

Commenting on the various projects going on in Ekiti, Afuye assured that every community would be touched.

Meanwhile, the Ekiti House of Assembly member representing Ekiti South West 2, Mr Tunji Joseph, has rejoiced with Nigerians and the founding fathers on the occasion of the country’s 60th Independence Anniversary.

He saluted the efforts of the founding fathers, who made it possible for Nigeria to stand high and mighty from struggle to freedom and progress.

“Our free life today is as a result of hard work and sacrifices of our heroes, who made the independence possible.

“It could not have happened, if not for their struggles and sacrifices.

” As Nigeria completes another glorious year of her independence, may the pride and glory of Nigeria forever remain in our hearts,” the lawmaker said.