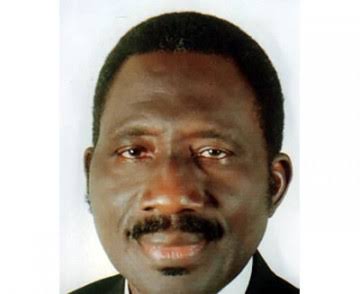 National President, National Association of Telecoms Subscribers (NATCOMS), Chief Adeolu Ogunbanjo, has called on the Federal Government to increase investment in telecommunication Infrastructure Companies, Broadband Penetration to cities as well as the underserved in order to exit recession.

Nigerian NewsDirect Newspaper in a telephone interview with the President, NATCOM, Chief Adeolu Ogunbanjo, he said the ICT has contributed meaningful to the growth of the Nigeria’s economy, however called for increased improvement in the telecom sector.

According to the data released by National Bureau of Statistics (NBS),  during the weekend, the Information and communication Technology sector showed resilence with 14.56 per cent growth despite the nation’s economy plunging into recession.

Reacting to the Q3 data from the NBS, Adeolu said Nigerian Communication Commission (NCC), is doing well to deepen the broadband penetration in the Country, however he called for more Government’s budgetary allocation to boost the sector geometrically.

He noted that there is need to spend more money infrastructure companies development to improve quality of service and Broadband penetration especially to the underserved areas in Nigeria.

“It now depends on what the 2021 budget have for the IT sector, unfortunately I don’t think the Ministry of Communication and Digital Economy is given a cognate or corresponding budgetary allocation as a result of it contributions to Nigeira’s Gross Domestic Product(GDP). It will be interesting if they spend more money particularly in Infrastructure development i.e the InfraCos, looking at the situation where they build more base stations, radio equipment to bring about quality signal.

“In the UK for instance they have over 70, 000 masts but here in Nigeria we still under 30,000. Internet subscriber base have even grown into over 200,000 million. We need to ensure that we deepen quality of service (QoS) and Broadband Penetration. We will not regret investment in the telecommunications sector.

“What we want Government do, is that they should provide internet services to the underserved areas as well as cities. We should start thinking of the deployment of broadband services for our rural farmers to boost agricultural production and availability. Farmers cooperatives should encourage farmers to use smart phones, this will go a long way to boost agricultural production in Nigeria,” he said.

Lagos CBD warns against sales, use of fireworks