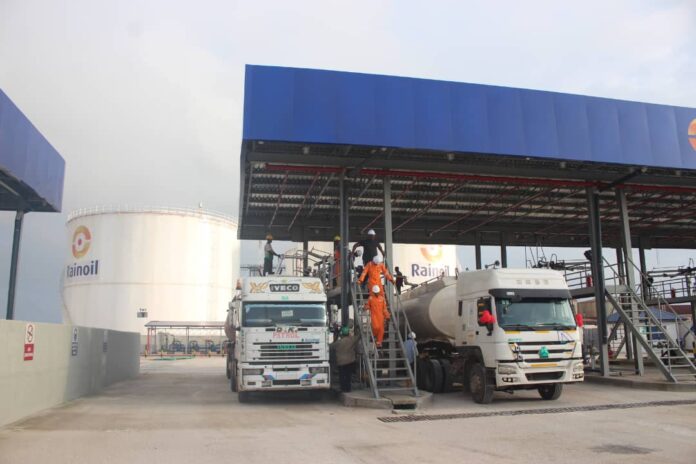 The Association of Ijegun-Egba Tankfarm and operators have kicked against the recent threat by the Lagos State Government to shut down their facility.

The group in a press release stated that the Lagos State Government, through its commissioner for Physical Planning Honourable (Dr.) Idris Salakor, had threatened to shut down the Tankfarms of the members of the association in the Ojo area of the state.

The release signed by the secretary of the association, Barrister Eshiet E. Eshiet alleged that the commissioner, who made threat at a stakeholders meeting on the 20th of September 2020, accused the members of the association of operating illegally, tax fees and charges evasion as well as destruction of infrastructural facilities in their areas of operation.

It added that, “The Hon. Commissioner also threatened to immediately shut down Tankfarms. These statements have, to say the least, painted the operators of Tankfarms in very bad light, hence the need to make some clarifications in respect of our members operations.”

The Association, it further stated, wishes to restate its members’ commitment to contributing to government’s effort in building a robust business environment to stimulate economic growth.

In an effort to refute the allegations levelled against the association members, it said, “We wish to categorically state that, contrary to the Hon. Idris Salako’s statement, all our members are duly licensed and authorized by the Department of Petroleum Resources (DPR) to operate Petroleum Storage Facilities (Tankfarms) at Ijegun and have all requisite Permits, Licenses from all appropriate Agencies of government to construct, own and operate Tankfarms, as well as engage in oil marketing and petroleum product distribution operations.

“Our member companies have their facilities mostly on the shoreline of the Ojo Creek Channel, with a considerable distance to community houses and were granted title by the Land registry, Federal Ministry of Lands and Housing to use same for industrial and/or commercial purposes.

“The cluster our members occupy was a wetland, of which rigorous sand filling and shoreline protection were undertaken at great cost, thereafter pilling in line with best practices to sustain the structures thereon.”

Speaking on the regularization of its members’ drawings with the Lagos State Government, it said, “let it be on record that in 2014, our members through the Association applied for regularization. The government, at the time, was not keen at regularizing same.

“Recently, when the Government asked our members to submit documentations for regularization, all our members complied. But to our greatest shock, each company is arbitrarily charged approximately N300,000,000.00 (Three Hundred Million Naira). With the present global economic outlook, this is outrageous and a big strain on our members,” it added.

The group informed that the environmental outlook and challenges were apparent on their members’ entry into the Ijegun Shoreline to develop their respective facilities, while noting that the area was a wetland, without access roads.

It added that as credible and responsible business owners who place high premium on life, safety and environment, the Association has since 2013 been responsible for the maintenance, rehabilitation of Marwa Road and sections of Old Ojo Road, the reconstruction of Pioneer Road and others roads within their operational environment.

These, it said are just a few of the interventions that the Association and member companies have undertaken to address the infrastructural deficits and environmental challenges within the Ijegun axis.