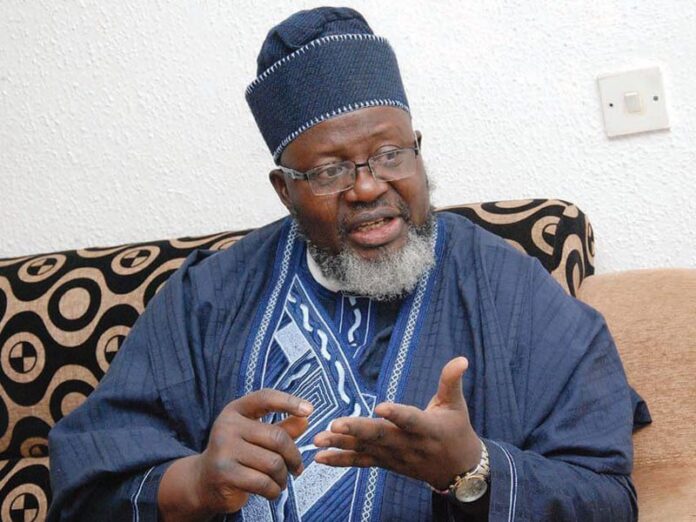 By Matthew Denis and Olaseinde Gbenga

The Director General of Asiwaju Tinubu Presidential Campaign Organization (ATPCO), Barr. Raheem Adebayo Shittu has called on Nigerians especially Southwest People to ignore the popular pan Yoruba socia-curltural group ‘Afenifere’ and her allies stressing that none of their sponsored candidates have ever won elections in the last 30 years in Nigeria.

Barr. Shittu who was the Former Minister of Communication under President Muhammadu Buhari’s first tenure made the disclosure against the speculation credited to Afenifere that they will support the labour Presidential Candidate, Peter Obi in the 2023 general elections.

Recalled that the leader of the pan Yoruba group Afenifere, PA Ayo Adebanjo had last month in Lagos held a press conference and declared that the group has decided to back the presidential candidate of the Labour Party, Peter Obi, for equity and inclusiveness.

Speaking to Nigerian NewsDirect on Monday,  Barr. Shittu said, “My perception about Afenifere and her allies is to ignore them completely. With due respect to most of these groups I’ll say without any regret that many of them have spent forces politically.

“In the last 30 years who among them have spent candidate successfully in an election? Is it Baba Adebanjo or who within Afenifere? So if they have choose, the Yoruba nation wants one of its own to become President and these are people who claimed to be lovers of Yoruba people. Because of pettiness and all kinds of intrigues against the person of Bola Ahmed Tinubu they decided to play spoiler game but I’m happy that we can comfortably ignore them and go into the elections and succeed.

Reacting to no inclusion of his name in the Presidential Campaign Committee (PCC), he said, “My name is the most irrelevant in the PCC because before PCC we have have had this coalition working assiduously for Asiwaju Tinubu’s victory in 2023.

“We have over 375 support groups from all over the country and I have been very active and having a lot of fulfilment so that is the new thing that inclusive in the list will add to me? I’m saying this with all due respect as for me it’s not a big deal as we’ll be complementing each other and at least PCC is an opportunity to include those who are not yet actively on the field.

“For some of us who have been there for over three months I see it as a welcome development and we will all work together. Everybody should contribute his quota to ensure ultimate victory of Asiwaju  Ahmed Bola Tinubu.”

He emphasized that the letter which is purportedly out in the public space lacks genuineness and nobody has claimed responsibility for it neither the party official or Tinubu’s men.

“As far as I’m concerned it is not an issue, you see in politics a lot of things will be coming out both fake and genuine so that you don’t start dissipating effort on the irrelevant and get distracted so for it’s not an issue.”

The DG assured Oyo indigenes that APC is fully back to recapture the state from the PDP Administration of Governor Seyi Makinde.

He said, “The good thing is all those who left our party to support Governor Seyi Makinde are back with us now because the young man could not manage them. So we’re working assiduously to deliver Sen. Teslim Folarin as the next Governor of our state in 2023 general elections.”