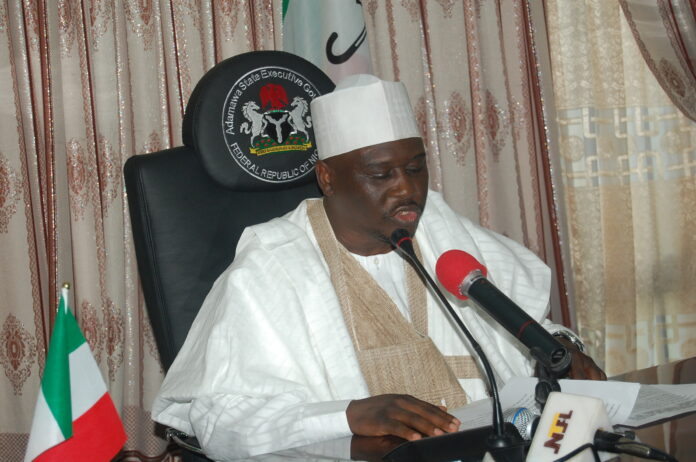 Gov. Ahmadu Fintiri of Adamawa has said he will soon sign an executive order for house-to-house search to recover government and private property looted by some hoodlums across the state.

Fintiri, who stated this during a broadcast in Yola on Tuesday, called on the looters to return all looted property before 7 a.m. of Wednesday, Oct. 28.

“I assure every resident of the state of our continuous commitment to the protection of their lives and property.

“Consequently, I am giving a 12-hour ultimatum from 6 p.m. – 6 a.m. to those hoodlums to return whatever they looted from public and private warehouses and homes to the nearest police station.

“They can also return it to traditional rulers’ house from the ward to the district level, whichever is nearest to them.

“This ultimatum will expire at 6 a.m. on Wednesday, 28th – October, 2020, after which I will sign an Executive Order for a house-to-house search to commence by 7 a.m. of the same day,” the governor added.

According to him, part of the provision of the order is a sanction that will attract withdrawal of Certificate of Occupancy (C of O) and if necessary, demolition of every house that habours any of the stolen properties.

Fintiri called on the law abiding citizens to cooperate with the security agencies to ensure the enforcement to the letter.

He said so far 155 suspects have been arrested including nine vehicles and 12 trycircles that were recovered.

Our Correspondent reports that the state government had on Sunday imposed a 24 hours curfew.

They also looted the North East Commodity Association (NECAS) Kofare, public and private warehouses in Demsawo, Nyako Quarters, opposite airport, Upper Benue and the Red Cross office, among other places.