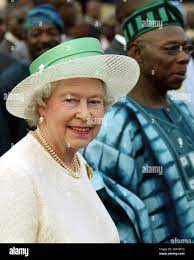 Obasanjo spoke when he granted an interview to the News Central TV at his Olusegun Obasanjo Presidential Library (OOPL) Penthouse residence in Abeokuta, the Ogun capital.

In a statement by spokesman Kehinde Akinyemi, Obasanjo eulogized the late Head of Commonwealth, hinting that he was about to leave secondary school when she first visited the country in 1956.

The former leader said he was fortunate to have hosted the Queen as Nigerian President during the Commonwealth Heads of Government Meeting (CHOGM) in Abuja in 2003.

“My relationship with the Queen was perfect. She was a great, great woman, who had shown great examples in human relationships.

“She carried herself so graciously, so dignified. She was somebody I have tremendous respect for.

“I also mourn with Prince Charles, who promised to continue from where she had stopped. May her soul rest in peace”, he added.