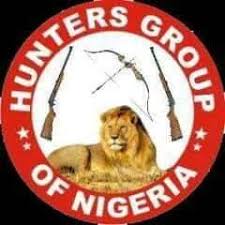 The Commandant General, Hunters’ Group of Nigeria, Ambassador Joshua Osatimehin has tasked various security agencies in the country to collaborate with local hunters to tackle the various security challenges bedevilling the nation.

He gave the charge at the closing ceremony of a five-day leadership training for members of the group, held at Ode-Omu, Osun State.

The group noted that the conventional security agencies alone cannot tackle the insecurity challenges facing the country saying each region’s challenges are peculiar.

Ambassador Osatimehin assured that before the year runs out, the hunters’ group bill before the National Assembly would be passed.

He, however, admonished members of Hunter Group of Nigeria not to see themselves as competitors with conventional security agents rather as partners in ridding the society of crimes and criminality.

The Commandant General also called on traditional rulers and government at all levels to assist the group in the area of internal logistics.

In his address, the Osun State Commandant, Hunters Group of Nigeria, Nureni Hammed, told the gathering that the five-day leadership training has widened the horizon of members of the group, as they are now reformed security personnel.

In their separate remarks, the Osun State Director, Department of State Services, the Ooni of Ife, Oba Enitan Ogunwusi and the Ataoja of Osogbo, Oba Jimoh Oyetunji Larooye all expressed optimism that with the complementary efforts of hunters, Nigeria would be a safe place for all.