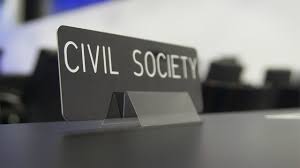 The International Ibero-American Foundation for Administration and Public Policy (FIIAPP) has begun a two-day leadership retreat in Abuja for Civil Society Organizations, (CSOs) to enhance their operations, an official has revealed.

FIIAPP, a Spanish public agency, is the foundation anchoring the project titled “Action Against Trafficking in Persons and Smuggling of Migrants (A-TIPSOM)’’ in Nigeria.

Mr Rafael-Rios Molina, A-TIPSOM leader in Nigeria said that the retreat was aimed at reducing trafficking in persons and smuggling of migrants both at the national and regional levels, as well as between Nigeria and the European Union.

He said that the role of CSOs in A-TIPSOM project was a priority which they need to play, alongside government agencies that are working against human trafficking.

“A-TIPSOM believes that the Network Against Child Trafficking, Abuse and Labour (NACTAL) is doing a great job in terms of prevention and protection of victims, and is collaborating very well with state agencies.

“For this reason, we will continue to support the members of NACTAL with our programme, collaborate with them in the improvement of shelters, in prevention programmes, design of strategic plans against human trafficking and smuggling of migrants.

“A-TIPSOM believes that a global problem like smuggling and trafficking in persons needs a global solution, for this reason, we will also be collaborating with some Nigeria government agencies,’’ he said.

He further said that FIIAPP had signed a Memorandum of Understanding (MoU) with the government agencies, adding that A-TIPSOM project was working towards an expected outcome to improve governance in the migration sector in Nigeria.

Mrs. Amina-Titi Atiku, the founder of Women Trafficking and Child Labour Eradication Foundation (WOTCLEF), who said that she had fulfilled her dream of having organizations that would be fighting trafficking, commended the organizers of the retreat.

Amina-Titi, who is the wife of the former Vice-President, Alhaji Atiku Abubakar stated that WOTCLEF was now 21-year old; pointing out that the foundation gave birth to the National Agency for the Prohibition of Trafficking in Persons (NAPTIP) and NACTAL.

“I have been fulfilled and also satisfied with the work NAPTIP and NACTAL are doing, but there is need for us to do more to encourage the upcoming generations in the fight against human trafficking.

“We are working hard to bring Nigeria on the path where it ought to be, if other countries have laws against trafficking like Nigeria, this will put a stop to trafficking but they don’t’’, she said.

Atiku called on Nigerians, particularly the youth, not to be carried away by all sorts of job promises abroad, adding that, all must remain in the country to build the Nigeria of our dreams.

Mr. Abdulganiyu Abubakar, the newly elected NACTAL President, thanked FIIAPP for organizing the retreat, saying that, it would use the opportunity to strategies on its operations.

“We will study and plan on our modus of operation, we will use this period to redefine, and re-examine the pace of work of the network of civil societies and improve upon the areas needed,’’ he said.