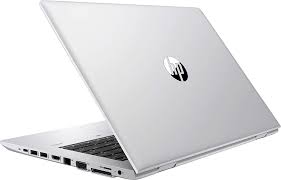 As people spend more time at home exploring new ways to be entertained and find mental well-being during this period, PC gamers are spending an average of four additional hours or more a week gaming. This is driving today’s gamers to look for new, powerful accessories that unclutter play spaces while offering the power to play all day with pristine latency. Cable management is a serious issue for most gamers, as they want a clean desk.

“Gamers have long been hesitant to go fully wireless with their accessories due to concerns over lag, battery life, and overall quality, despite the strong desire for more space efficiency, especially with streaming setups becoming more widespread,” said Judy Johnson, Director of Gaming and Esports, HP Inc. “HP continues to break new ground with the expansion of our world-class OMEN ecosystem to enhance gaming experiences with wireless freedom with wired performance into our portfolio with zero compromise.”

OMEN Frequency Wireless Headset provides lag-free audio, so players never miss a critical sound during intense gameplay. With this, Gamers can now experience flawless audio with powerful 7.1 surround sound and C-Media Xear™ combined with customisable EQ and Lighting within OMEN Command Center to create a powerful and personalised soundscape. Supported by up to 30 hours of battery life, USB-C® charging, and an environmental noise cancelling microphone, this headset is built for accurate and reliable wireless audio immersion.

OMEN Vector Wireless Mouse debuts as the world’s fastest USB-C® charging gaming mouse. Desires for a wireless experience have extended to mice as well, with nearly half of gamers preferring a wireless mouse option. Yielding up to 10 hours of battery life in a mere five minutes of charging and a full charge in 90 minutes with up to 180 hours of battery life, gamers can simply charge and play. This mouse checks the boxes for lag-free gaming including OMEN Command Centre integration for sensitivity settings, key binds and lighting, a 16000 DPI Pixart PAW3335 Wireless Sensor, and Omron mechanical switches with a 50 million click lifespan.

Built with industry leading security AES Standard 128-bit encryption to prevent cyber-thieves from intercepting your keystrokes, the stunningly compact OMEN Spacer Wireless TKL Keyboard features a design that allows for a more ergonomic posture while freeing up desk space. Insights have shown that a resounding 60% of gamers are either somewhat or extremely unlikely to purchase a wired keyboard in the future. Designed for meeting this transition, the keyboard comes with dual mode for the freedom to play wirelessly or wired. With up to 75 hours of play, it takes five minutes of USB-C® charging to generate six hours of battery life without backlight, all monitored and controlled within OMEN Command Centre.

Another of the latest HP releases is the new OMEN Blast Headset which provides stunning 7.1 surround sound experience with 53 mm drivers. Built with coziness in mind due to a suspension headband and large premium leatherette earpads, the headset also features a retractable boom mic with passive noise-cancellation, so your teammates only hear you in the heat of battle. Flexibility reigns supreme with a 3.5 mm aux that provides compatibility for a variety of consoles, while OMEN Command Center support adds the ability to create and save audio EQ profiles.